Bernie slams Biden's record on social security during the debate. And the internet has the receipts 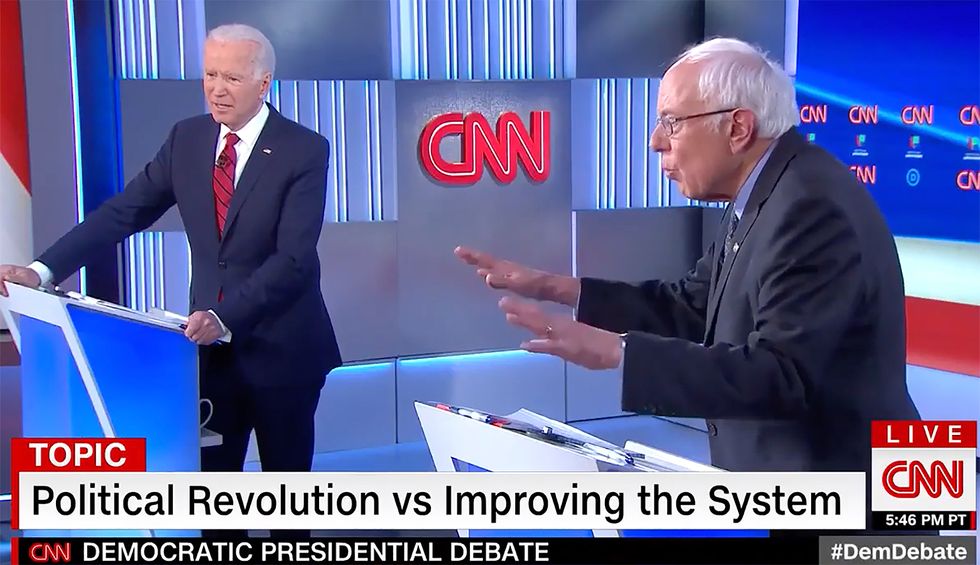 The Democratic debate Sunday night became a little more combative as the two candidates began to attempt to distinguish themselves from one another. Sen. Sanders went after Biden’s record in supporting freezes and cuts to Social Security and Medicare. This is a very well covered topic of failure on the part of former vice president Biden. The fight began when Sanders went at Biden’s reliance on Super PACS, at which point Biden brought up Sanders’ attacks on his social security record, citing PolitiFact’s assessment that a Sanders campaign advertisement was misleading.

But Sanders pointed out that there is a lot of footage showing Senator Biden through the years, supporting freezes on social security spending, and news outlets have covered well-sourced stories that Biden supported making cuts to Social Security as part of debt reduction sacrifices, behind the scenes during his time in the Obama administration. Biden denied all of this, leaving an almost exasperated Sanders continuing to offer up chances for Biden to explain his previous statements on Social Security. Biden made a slight admission that “everything was on the table,” when dealing with budget cuts, to which Sanders accused Biden of contradicting himself. At the end of the exchange, Sanders pushed Biden to put himself ont he record, once again.

SEN. BERNIE SANDERS: One more time. Were you on the floor, for whatever reason, talking about the need to cut Social Security and Medicare?

JOE BIDEN: No, I did not talk about the need to cut any of those programs.

SEN. SANDERS: All that i would say to the American people, go to YouTube. It's all over the place. Joe said it many times. I'm surprised, I mean,  you can defend and change your mind on it, but you can't deny the reality.

You can watch a short video showing Sen. Joe Biden over the past few decades, talking about supporting cuts to social security, as well as part of the exchange between Sanders and Biden during the debate tonight.