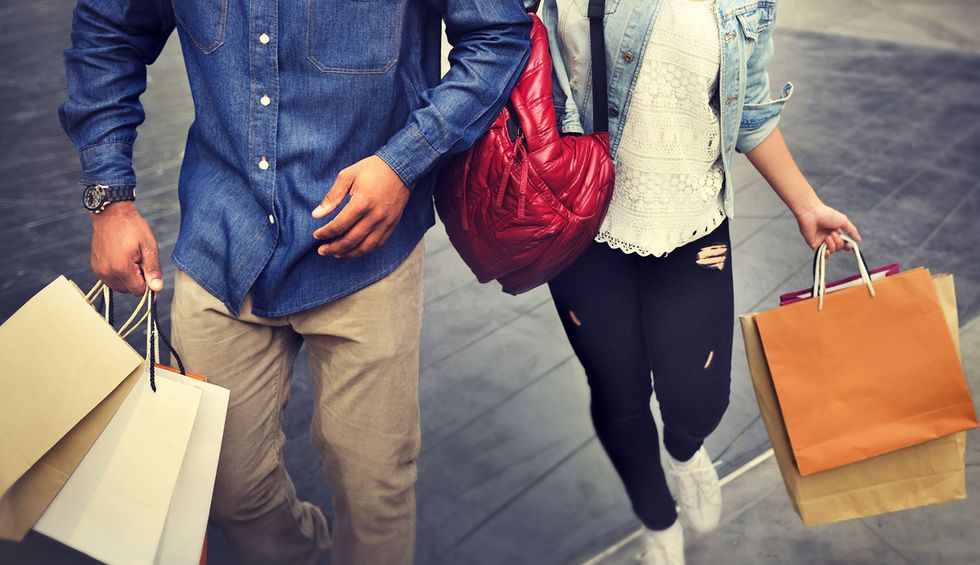 As it turns out, American capitalism doesn't hold up all that well under the stresses and strains of a virulent pandemic.

In the face of the coronavirus, that stingy "real time delivery" dictum taught in business school to guide how we deploy labor and distribute stuff can be a recipe for needlessly high body counts and wealth destruction on the scale of the Great Depression.

To be fair, this was the same impulse we saw in the Bush/Obama response to the Great Recession. Their remedy led to Wall Street's pillaging of MLK Boulevard and Main Street, the destruction of $20 trillion in household wealth, and accelerated wealth concentration. It also left tens of millions of households in a precarious position to face this pandemic.

And while President Franklin Delano Roosevelt's response to the Great Depression in the form of the New Deal was widely praised for uplifting working-class Americans, we must remember that it left out Americans of color. Consider the Faustian bargain that FDR made with the Dixiecrats to get basic labor protections and standards for workers that expressly left out domestic and agricultural workers.

Now that the wolf (COVID-19) is at the door, we can see the reflex that many political leaders have to put wealth preservation above the common good. Four senators, including Sen. Richard Barr (R.-NC), chair of the Senate's Intelligence Committee, sold off significant stock holdings after being briefed on the impending coronavirus pandemic.

These guys can't help themselves. When destiny asks them to choose between money or life, they pause to make a trade.

This is what happens when you organize every aspect of your society to promote wealth accumulation and nothing else. It's really just physics. You invest everything in accumulating gold or money for security and all of the sudden your life gets cut short as your lungs no longer function because you caught coronavirus from some other person who accidentally became the real sculptor of your destiny.

This will come as a real downer for the wealthy elites who have structured their lives around pre-coronavirus social distancing behind the gated walls of privilege that won't protect them now.

But it's our grocers, postal workers, trash collectors, nurses and emergency medical technicians who hold the jobs that are the most essential and need protecting.

Similarly, our vaunted American health care system — which is designed to maximize shareholder profits and discourage patients from using it — turns out to be antithetical to promoting the public health. This for-profit model is based on scarcity, which rations access to care, ventilators and personal protection equipment for medical staff, all to feed the insatiable bottom line.

Works great until that doomsday scenario when everybody needs it.

Our whole socioeconomic framework was predicated on the notion that our society could function and feed off vast inequality, and that the day-in and day-out misery of tens of millions of American families was their problem.

It turns out that the country's economic deprivation — reflected in hunger and homelessness — significantly complicates our ability to end the pandemic. And as this more vulnerable cohort falls ill as a consequence the inadequacy of this existing system puts the broader society at a greater risk.

Poverty may not be contagious. But COVID-19 is.

At the end of his life, as the Vietnam War raged, Rev. Dr. Martin Luther King called for a "revolution of values" when he suggested that instead of the phrase "Black Power," activists should invoke the more inclusive rallying cry "Power for Poor People" in order to build a multi-racial coalition of the impoverished and disenfranchised.

Out of that call to action, the Poor People's Campaign was formed. Just weeks after her husband's murder, Coretta Scott King initiated a 14 day protest in Washington, D.C. on Mother's Day, demanding passage of an Economic Bill of Rights.

The 21st century iteration of the Poor People's Campaign has been calling for a "national call for a moral revival" in the throes of our current pandemic.

"With its broad sweep, the COVID-19 pandemic has forced us into an unprecedented national emergency," the Poor People's Campaign writes on their website. "This emergency, however, results from a deeper and much longer-term crisis — that of poverty and inequality, and of a society that ignores the needs of 140 million people who are poor, or a $400 emergency away from being poor."

Long before this coronavirus pandemic, there was already an under-reported poverty pandemic that killed hundreds every day in America in the form of missed diagnoses and delayed care.

As Rev. Dr. William Barber and Rev. Dr. Liz Theoharis of the Poor People's Campaign wrote, "millions of people are in dire need of critical attention immediately. We call on you to fulfill your moral and Constitutional responsibilities: expand the COVID-19 emergency provisions to care for us all and enact our Moral Agenda immediately."

They continue: "We cannot return to normal. Addressing the depth of the crises that have been revealed in this pandemic means enacting universal health care, expanding social welfare programs, ensuring access to water and sanitation, cash assistance to poor and low-income families, good jobs, living wages and an annual income and protecting our democracy."

And this real-time national realignment "means ensuring that our abundant national resources are used for the general welfare, instead of war, walls, and the wealthy."

Indeed, the Poor People Campaign's list of demands is an essential foundation for our country's survival:

1. Immediate, comprehensive and permanent paid sick leave for 100% of employees for this pandemic. Paid sick leave must become standard across all sectors of the labor market.

2. Immediate health care for all, including 100% free COVID-19 testing, treatment and quality care to all, regardless of income, age, disability, citizenship or any other factor, and including the uninsured.

3. A guaranteed and adequate annual income / universal income, including rapid, direct payments to all low-wage and temporary workers, from grocery, fast food and delivery workers, care workers, and pharmacists to other workers who remain on the front lines and are severely underpaid.

4. A national moratorium on evictions, tax foreclosures, rent hikes, and a national rent freeze. This includes an immediate halt to encampment sweeps and towing vehicles of unhoused communities. Federal resources must be directed to local and state governments towards opening and preparing vacant and habitable buildings, properties and warehouses to house and provide adequate care for all people who are homeless. This includes ensuring education, food assistance and health care for homeless children and provisions for medical testing, treatment and respite for the homeless.

6. Protections for our democracy and the right to vote with expanded opportunities to vote during this crisis and an expanded census to ensure every person is accounted for.

And there's more — much more.

As we refashion America, we need "a national moratorium on water and utility shut-offs, a waiver of all late-payment charges, and reinstitution of any services that have already been cut off due to nonpayment, including access to cellular and the internet."

But this remodeling at home has to come with a recalibration of our risk threat matrix that has us spending hundreds of billions of dollars of borrowed money on further notice wars abroad.

In the shadow of COVID-19, the greatest threat to our immediate collective well- being is the miserable circumstances of our poorer neighbors we had for all too long ignored, figuring their reality had nothing to do with the rest of us.
Report typos and corrections to: feedback@alternet.org.