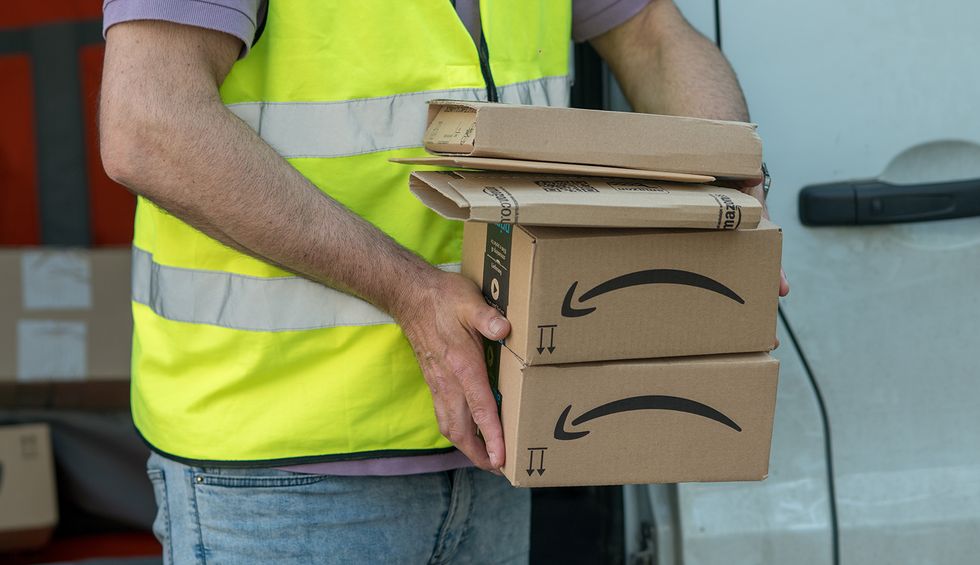 Labor rights advocates on Monday urged the public to show support and solidarity with Amazon employees who walked off the job at a Staten Island warehouse following what the workers said was an unacceptable response by the company to at least one case of coronavirus at the facility.

Between 50 and 200 employees at the warehouse, known as JFK8, walked off the job around 12:30 pm Monday, days after at least one case of coronavirus was reported at the facility. Christian Smalls, an employee who is organizing the strike, told CNN the number of employees who have tested positive for the coronavirus, officially known as COVID-19, is actually between five and seven, though the company has only acknowledged one infection.

The workers are demanding that Amazon shut the warehouse down and ensure it is sanitized before requiring employees to work again.

"We're not asking for much," Smalls said. "We're asking the building to be closed and sanitized, and for us to be paid [during that process]."

By ignoring the threat of transmission to other workers, tweeted the grassroots group New York Communities for Change, "Amazon is putting profits over safety."

Amazon is allowing contract workers to apply for sick pay if they test positive for the coronavirus or need to self-quarantine due to exposure, but the company is not providing them with paid sick leave as a matter of policy. Employees who are able to get tested are required to report for work while they wait for their results—a process which can take days and thus could be exposing the warehouse's 5,000 workers, and anyone they interact with outside of work, to COVID-19.

Amazon facilities have quickly become "breeding grounds for this pandemic," Smalls said. As of Monday, the virus has infected more than 144,000 people in the U.S.—the most of any country in the world—including more than 60,000 in New York State.

"We know we're not alone at JFK8 and that conditions are similar in Amazon facilities everywhere," Phillip Ruiz, a warehouse employee, told New York Communities for Change. "Amazon's actions do not match their statements that they are prioritizing our health or the health of the public."

The JFK8 strike comes days after workers at an Amazon facility in Queens refused to work their night shift after a fellow employee tested positive. The action also coincided with a strike Monday by gig workers for the grocery delivery app Instacart who are demanding hazard pay, supplies including hand sanitizer and disinfecting wipes, and paid sick leave for workers with health issues which could make the coronavirus more dangerous to them.

Advocates on social media urged consumers to support the Instacart and Amazon workers.

"The richest man in the world can't even provide basic protection for his workers during this pandemic crisis because it hurts his bottom line," tweeted New York Assembly member Ron T. Kim of Amazon's multi-billionaire CEO, Jeff Bezos. "I stand in solidarity with Amazon workers."

Workers at @Amazon & @Instacart are on the frontlines of this pandemic to keep people fed & at home. These are empl… https://t.co/B2p2tJzwj6
— Elizabeth Warren (@Elizabeth Warren) 1585587770

Vice on Monday reported that employees of Whole Foods—which is owned by Amazon—plan to call in sick Tuesday to demand paid sick leave for all workers who have to quarantine during the pandemic, free coronavirus testing for employees, and hazard pay.

"The strike wave is in full swing," tweeted Lauren Kaori Gurley of Vice.

Whole Foods has kept stores in a number of cities open even after reports that employees in the stores have tested positive for the coronavirus. The supermarket chain is offering paid sick leave only to workers who test positive for the respiratory illness, Vice reported—a policy which, as with Amazon, could expose many workers and shoppers to the virus.

"My doctor asked me to quarantine for two weeks and I haven't been able to get paid time off," one anonymous worker told Vice. "Whole Foods said we wouldn't get it unless we got a positive test. There are a lot of people in my situation who aren't receiving time off. It's hard to imagine that those who couldn't afford to do so would stay home. Whole Foods says if you're feeling better, you should come to work."