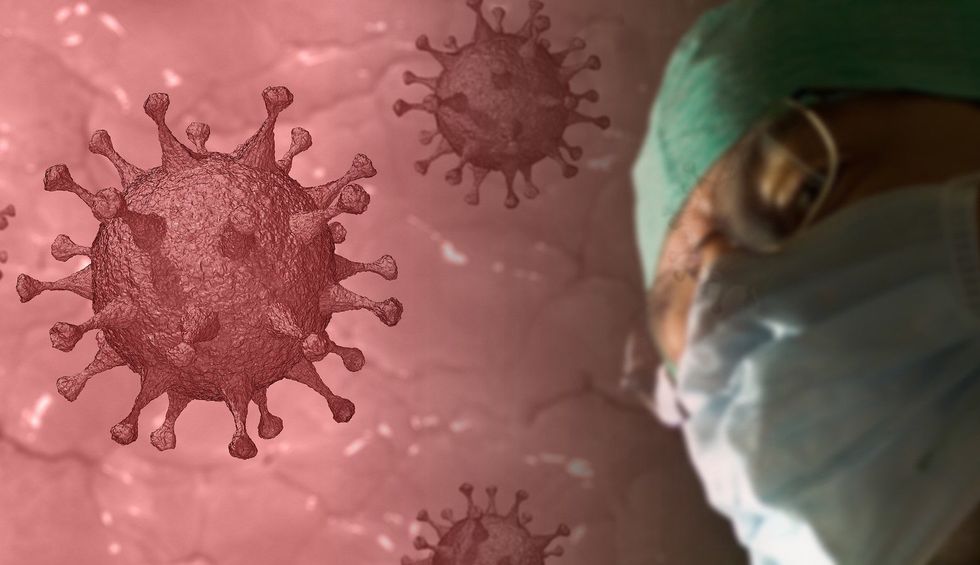 The death toll from the coronavirus pandemic grows continues to increase: as of Thursday morning, March 26, COVID-19 had killed 22,993 people worldwide, including 8165 in Italy, 4145 in Spain and more than 1000 in the United States (according to researchers at John Hopkins University). And a question that continues to be asked is: why, in God’s name, didn’t the U.S. take better steps to prepare back in January and February? But there were plenty of warnings, from journalists to physicians to the intel community. And in a March 26 article for New York Magazine, journalist David Wallace-Wells reports that one of the people who aggressively sounded the alarm was Harvard University-associated epidemiologist Eric Feigl-Ding. But sadly, U.S. officials didn’t heed his warning.

On January 20 — two months ago — Fiegl-Ding posted an in-depth Twitter thread warning how deadly a global COVID-19 pandemic could become. And the things that Wallace-Wells warned about in his thread have come to pass.

By January 20, COVID-19 was already spreading rapidly in Mainland China but had yet to inflict thousands of deaths in Europe or Iran. And Fiegl-Ding knew what he was talking about.

In his Twitter thread, the epidemiologist wrote, “HOLY MOTHER OF GOD - the new coronavirus is a 3.8!!! How bad is that reproductive R0 value? It is thermonuclear pandemic level bad.”

An RO value refers to how quickly a disease can spread. By saying that COVID-19 had a 3.8 RO value, Fiegl-Ding was warning that every person who was infected with COVID-19 could pass it along to almost four others.

In his thread, Fiegl-Ding predicted that in Wuhan, China, COVID-19 would “be substantially larger by 4 February.” The epidemiologist also predicted that “infection will be established in other Chinese cities, and importations to other countries will be more frequent.”

On February 11, NBC News reported that the death toll from COVID-19 had passed 1000 in Mainland China.

Fiegl-Ding compared COVID-19 to other coronaviruses, asserting that its “basic reproductive number” was “higher compared to other emergent coronaviruses, suggesting that containment or control of this pathogen may be substantially more difficult.”

“A 99% quarantine lockdown containment of Wuhan will not even reduce the epidemic’s spread by even 1/3rd in the next 2 weeks,” Fiegl-Ding tweeted. “Thus, I really hate to be the epidemiologist who has to admit this, but we are potentially faced with possibly an unchecked pandemic that the world has not seen since the 1918 Spanish Influenza. Let’s hope it doesn’t reach that level.”

Wallace-Wells stresses that if Fiegl-Ding’s warning had been widely publicized, perhaps the high death tolls in Italy, Spain and Iran — three of the countries that have been hit the hardest by COVID-19 — could have been avoided.

“If Eric Feigl-Ding or anyone with his level of alarm had been running pandemic response in any of those countries on January 20,” Wallace-Wells writes, “every single one of them would be, today, immeasurably better off, having initiated — at the very least — the same social-distancing approaches, testing protocols and personal protective equipment and ventilatory production we are now hoping for and scrambling to produce.”

President Donald Trump has been widely criticized for downplaying the severity of coronavirus back in January and February. And Wallace-Wells laments that the world will not be able to “go back to normal” in a hurry no matter how badly Trump wants it to.

“President Trump is not the only person who wants the world to go back to normal,” Wallace-Wells asserts. “I do, too, and I’m sure you do as well. But what would ‘normal’ be right now? We can’t return to a world resembling the one we knew before the coronavirus without incredibly aggressive public health, quarantine and testing measures — at the very least.”