With the meltdown in Iowa, New Hampshire is more important than ever. Here are the five biggest myths about the first primary state 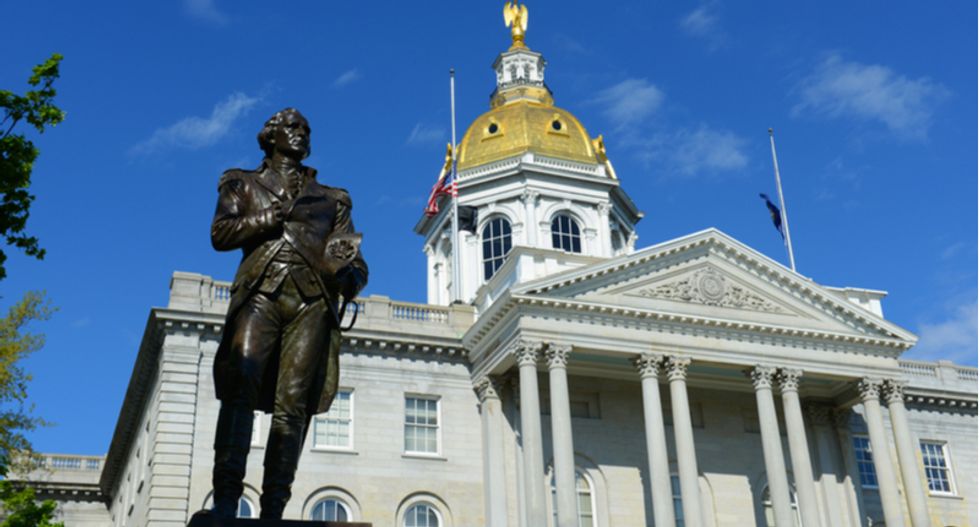 Every four years the national press parachutes into New Hampshire, and we get a flood of the same stale “truths” about the state's politics. Unfortunately, much of it is warmed-over conventional wisdom recycled from the last primary, if not outright bunk.

This year, a flustered, exhausted press corps coming off the Iowa debacle may be even more prone to reaching into the New Hampshire hand-me-down pile for glib analysis.

If you want to think about the New Hampshire primary like a pro, here’s a quick guide to separating truth from five of the pundits’ favorite fictions about the Granite State.

New Hampshire is made up of old, white, rural new Englanders

Yes and no. New Hampshire is indeed one of the five least diverse states, but New Hampshire demographers say that’s changing quickly. The U.S. Census now estimates that the population is now more than 10% non-white, and among working-age New Hampshirites (pro tip: local politicians substitute the somewhat more mellifluous “Granite Staters”), the minority population grew by 43 percent between 2010 and 2018, while the white population fell by 13 percent.

It’s still a far cry from its fellow early primary state South Carolina, where a third of the electorate is non-white, but as any campaign manager will tell you, 10% of the vote can be a big deal.

New Hampshire also isn’t nearly as rural as you might have been led to believe – it’s actually smack dab in the middle when it comes to state population density, and more than half of Granite Staters lives in towns and cities with more than 10,000 residents. In terms of Presidential politics, 75 percent of the population lives in just four densely-populated, non-rural southern counties, so national candidates concentrate almost all of their attention there (both in-person and on TV, since all four happen to lie in the Boston media market).

And you should definitely question any commenter who lazily lumps the state together with Iowa as representing “rural interests.” Think about it this way. If you run for president in Iowa, you'd better have a position on ethanol subsidies and hog farm waste. But in New Hampshire, there’s just no analogous burning issue tied to rural New England life (despite how they make it seem on “The West Wing,” there are only about 100 dairy farms in the state – mostly small, at about 130 cows per, and accounting for a tiny fraction of jobs). Far more important issues are things like building regional rail and highway links for the one out of six workers who commute out of state for work.

There are similarly misleading perceptions that New Hampshire has a stale, aging population. It's true that the state’s median age is the country’s second oldest, but underneath that, there’s a ton of churn. It actually has one of the most dynamic, mobile populations in the nation.  About two-thirds of those age 25 and older – i.e., the majority of voters – moved from elsewhere and thus had their political impressions formed in different, often non-New England political environments.  You can’t run there like everyone you talk to is that couple from “American Gothic.”

You have to play to the state’s libertarian, independent streak

New Hampshire campaign operatives generally roll their eyes about this one.  Leading up to the primary, you’ll probably hear ad nauseum that 42 percent of the state’s electorate is registered as “undeclared,” meaning that these voters can vote in either party’s presidential primary. But that does not mean that 42 percent of the state is made up of “independents,” “swing voters,” or “moderates.”

Neil Levesque, Executive Director of the New Hampshire Institute of Politics at Saint Anselm College and one of the most plugged-in former operatives in the state, says, “undeclared voters are a bit of a red herring. Most of them actually behave like a member of one party or the other.” Polling data backs that up. Voters aren’t any more independent in New Hampshire than elsewhere, and the number of true swing voters is probably just under 10 percent, about in line with the 6-9 percent estimated nationally.

What about that much-discussed New England political culture which values “independence” and rejects the very notion of government? That’s not really true either. Look back at winners of the presidential primary, and you see a pretty unadventurous list, with rare exceptions (the Pat Buchanan and John McCain victories in 1996 and 2000 skewed perceptions). The governors of the last quarter century have also been mostly conventional and able, if slightly anodyne, figures. If candidates want to brand themselves as independent or make a play for swing voters in the primary, that’s fine, but there’s no big advantage there.

It drives political operatives nuts hearing “politics is different here” in just about every state they visit. It never really is. In New Hampshire, what pundits are usually referring to is the state's reputation of being populated by super-involved, high-information voters who all attend ten town halls before deciding on a candidate. That idea is overblown.

For one thing, “high-information” voters tend to be highly ideological, and New Hampshire definitely does not have unusual proportions of strongly ideological voters – quite the opposite. And national campaigns there are run pretty much the same way as everywhere: there’s a highly engaged slice but candidates don’t meet an unusual number of voters in-person relative to other small states. And individual voters are prone to the same misconceptions and mix-ups as everywhere else: several told me outside a polling place in Concord during the 2008 primary that they were having a hard time choosing between Obama and McCain because they were so similar.

The thing that is true – and probably feeds the misconception – is that there’s simply more politics in New Hampshire than in most places. Voters elect a Governor and new legislature every 2 years, and the legislature is gigantic—it’s actually the third-largest governmental body in the English-speaking world. On top of that, three-fourths of the 221 New Hampshire towns have a form of government called Town Meeting, where literally all of the residents are supposed to show up once a year to vote on local issues. So it is fair to say that its state and local governments are highly participatory and unusually inclusive: this is one of the reasons that New Hampshire has one of the highest and most consistent voter turnout rates in the country. But that does not translate into the oft-repeated idea that voters are significantly more knowledgeable or hands-on than elsewhere when it comes to picking presidential nominees.

Not really. Since 1976, the eventual nominee for each party has only won the New Hampshire primary about half the time, and the state has only “picked” three future presidents. It is definitely fair to say that winning the New Hampshire primary has some predictive value and can produce a bounce. And it does help winnow the field. But that's due to its placement on the calendar rather than any special property of its voters. The impact of New Hampshire is as much about performing against expectations (i.e., Bill Clinton’s “comeback kid” moment) as it is about how one finishes outright. Because the rest of the nomination process that follows can be complex and chaotic, New Hampshire’s role is best understood as liminal: its primary is an interesting early step that can have a somewhat outsize effect because its results shape how the political press covers the race and carries into later contests.

Gender politics are the same as everywhere else

There’s been an intense discussion in the past year about sexism in American politics, especially around perceptions of electability for female candidates. This is one area where figuring out where New Hampshire stands out is a little tricky. On the one hand, in a recent poll, New Hampshire respondents agreed by a 61-33 margin that “a female nominee would have a more difficult time than a male nominee of beating Donald Trump.” This is fairly close to results in national surveys.

On the other hand, New Hampshire women have the most remarkable track record of success in elected leadership of anywhere in the country: in the last eight years, the state had the nation’s first all-female Congressional delegation, a female Governor, the first state legislative body with a majority of women lawmakers, and a coinciding female Speaker of the House and President of the Senate.

It is probably fair to say that perceptions of female candidates truly are different there. "I do think women have an actual advantage in New Hampshire,” says Maura Keefe, former Chief of Staff to New Hampshire’s first female Governor and now Senator Jeanne Shaheen. “I think it's based on the fact that success breeds success...once Jeanne Shaheen broke the glass ceiling, voters have seen strong leadership from a number of women who they really like and trust."

Whether that translates into a measure of extra traction for the female candidates at the Presidential level in 2020 – Warren, Klobuchar, and Gabbard – remains to be seen, but it is worth keeping an eye on.