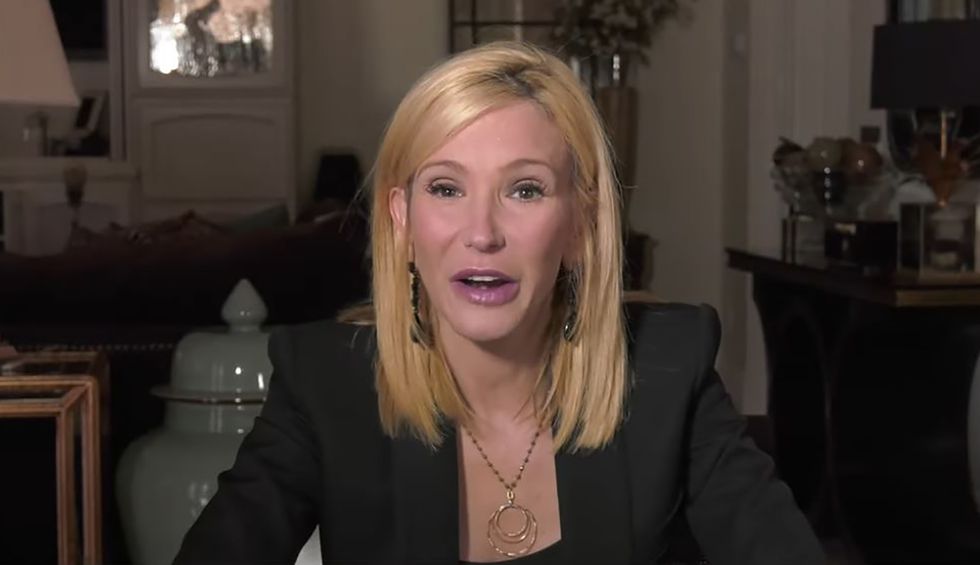 Paula White, Donald Trump’s spiritual adviser, has an official White House job. That means we’re paying her to tell POTUS stuff like the following, which she recently disgorged from her Hieronymus Bosch demon’s maw at Apostle Guillermo Maldonado’s church in Miami, Florida:

“My spirit went up, and I literally went to the throne room of God. I won’t say much, but I’ll say something that’s important for me to teach you here today. So in that divine encounter, I don’t know how long I was there, I just know that kind of power is almost impossible for a natural body to contain. And as I went to the throne room of God, first I saw there was a mist that was coming off the water, and I went to the throne of God, and I didn’t see God’s face clearly, but I saw the face of God. It wasn’t a clear, like … I could see your face clearly, but I knew it was the face of God.

“And as God begin [sic], he put a mantle [on me] and it was a very distinct mantle. … There was a mantle, and I saw it very distinctly, the color was like a goldish, it was a yellowish goldish, a little bit different than your scarf, a little bit brighter than your scarf there. And then I saw the Earth for a moment, and he brought me back, and he put me in certain places, one being the White House, one being certain continents. … I didn’t come out of that really until the next morning.”

First of all, I find it hard to believe that God is using the same color palette as the Dollar Tree’s scarf vendor. Super unlikely.

Secondly, she claims one of the key messages in the Bible is that people watching her should send her a month’s worth of their grocery and rent money. If she did meet God, he'd give her a kick in the ass, not a “mantle.”

So, no. Just more bullshit from a low-rent carnival barker with zero scruples.

But still — and I can’t stress this enough — she works at the White House and we pay her.

You can see all the gibberish at this link. For some reason someone set the original YouTube video to “private.” I can’t imagine why.