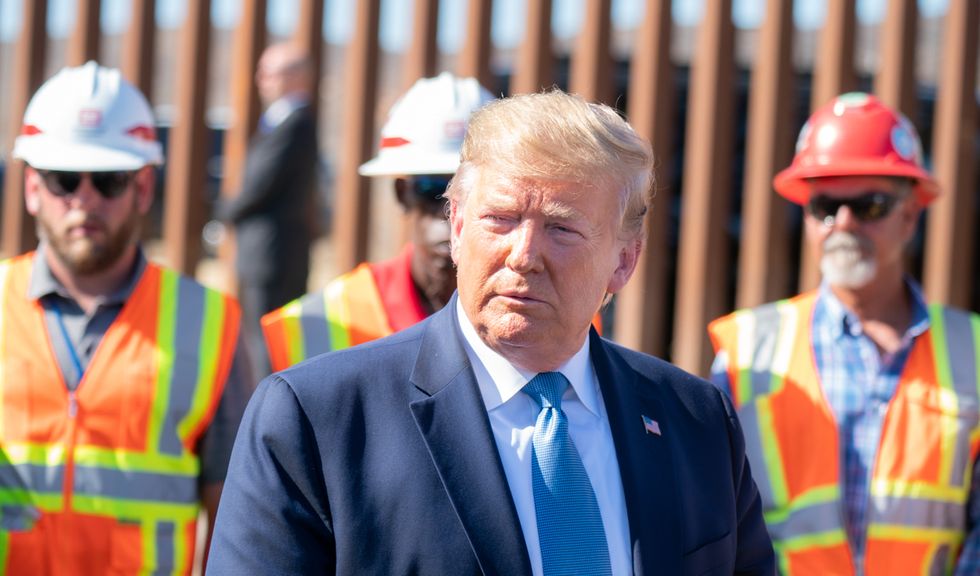 When President Donald Trump ran on building a massive border wall in 2016, anyone informed about politics could tell his claim that Mexico would pay for it was a shameful, empty promise. And now that Trump is actually trying to build the wall while running for re-election, his grab for wall funds is making him vulnerable to a potentially devastating attack line:

"Mexico isn't paying for the wall — Wisconsin is."

That was the gist of a tweet from the Democratic Party of Wisconsin Chair Ben Wikler, who wrote Monday:

And it's substantially true. Trump couldn't get Congress to agree to pass funding for his wall — even when Republicans had complete control of both chambers — so he has resorted to an executive power grab to get it built. He's trying to seize $3.8 billion in Pentagon funds and redirect it toward building the wall.

As Democratic Sen. Tammy Baldwin of Wisconsin explained in a statement, the plan includes taking $101 million that was appropriated by Congress to build heavy-wheeled defense vehicles for the military from Wisconsin company Oshkosh Defense. Her office said she helped secure this funding "to support hundreds of jobs in small and medium sized businesses across the Midwest and is crucial to our national and economic security." Trump's budget also reportedly reallocates $650 million from a project to build the America-class Amphibious Navy Ship, which uses an engine that would also be built in Wisconsin. Baldwin said this funding supports "more than 100 jobs" in the state.

“President Trump promised the people of Wisconsin that Mexico would pay for his border wall and now he is making American taxpayers fund it,” Baldwin explained. “Wisconsin manufacturers strengthen our national defense and create jobs, but Trump is taking funding away from our economy and the workers that build it.”

"When the Trump administration and its cronies tear up budgets that have been approved by Congress in order to find billions for the border wall, they abandon fiscal responsibility," Nichols said wrote. "They also abandon workers, in communities such as Oshkosh."

In some ways, this backlash represents exactly what is so frustrating about American politics. Place-based representation and the nature of the Senate and electoral college mean that small-scale projects that might not actually serve the national good can develop powerful constituencies that are politically risky for politicians to abandon. And the U.S. military budget is already bloated beyond belief, in part because it's been a useful mechanism for influential lawmakers to direct the federal government's largess toward their own constituents.

But politics plays out in the institutions and structures that we have, not those we'd like to have. So if Trump makes himself vulnerable by coming into conflict with a state like Wisconsin — a key state he won by a slim margin that was central in his 2016 win, and which could be necessary for his re-election — then he can expect that Democrats will exploit that decision. This is especially true if the issue also highlights some of his genuine faults, such as his disregard for the separation of powers and his broken promises.