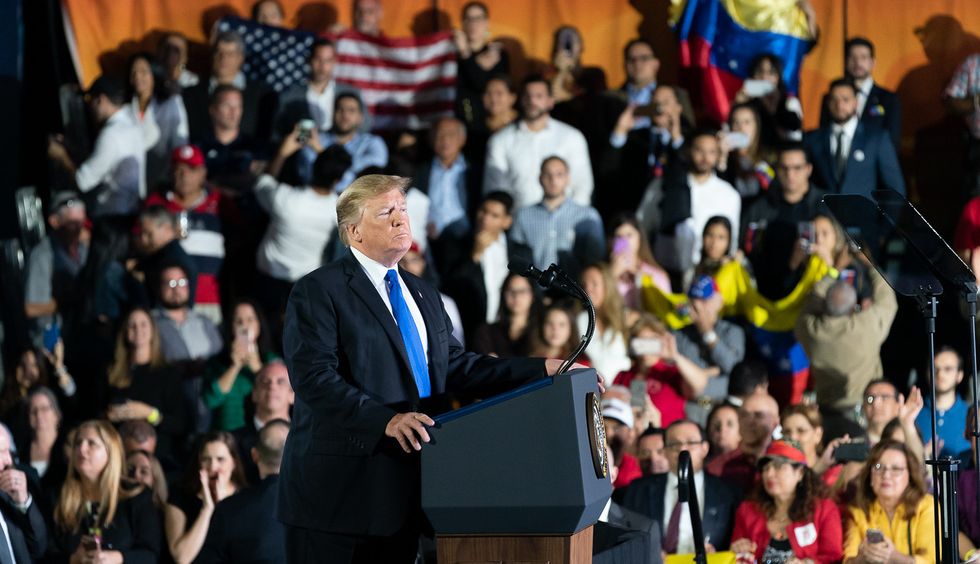 President Donald Trump has a history of disregarding advice from experts, including diplomats, military leaders, trade experts and scientists.

Trump is not alone in his distrust. Our unpublished research shows that people who support Trump have lower trust in societal institutions, when compared with supporters of leading Democratic candidates Elizabeth Warren, Bernie Sanders and Joe Biden.

We asked 930 U.S. residents via an online survey how much they trust six institutions that are key to a working democracy.

We chose three institutions that Americans perceive as liberal – journalists, professors and scientists – and three that conservatives either traditionally support or currently control – the police, the Supreme Court and the federal government. Each institution fulfills an essential role within a democratic society, but depends on the others to function properly.

We also asked participants to report how warm or cold they felt toward Trump, Warren, Sanders and Biden on a scale from 0 to 100.

Even when we controlled for age, education, gender, ethnicity and ideology, Trump supporters had the lowest trust in the six institutions, at 3.75 out of 7 – at least 11.4% lower than anyone else we surveyed.

That means that the patterns we are seeing aren’t caused by fitting a particular demographic profile or having conservative beliefs. In fact, conservatives who do not support Trump had the highest trust in these institutions.

This suggests that there’s something about supporting Trump that shapes how much trust Americans have in the country’s core social and political institutions.

When we looked at each institution individually, we found that Trump supporters had significantly lower trust in journalists, professors and scientists – the more stereotypically liberal institutions – than supporters of the Democratic candidates.

A tower of trust

Although our sample was not representative of the U.S. population, we think that these findings provide valuable insight into the state of U.S. democracy.

If being a Trump supporter leads to low trust, this could be a result of Trump’s influence, given his apparent distrust in expert advice. If people who have low trust in these institutions are attracted to supporting Trump, then this is cause for concern, considering that previous research shows that politicians are more responsive to their supporters than they are to the general public.

Research has shown that institutions are most efficient and effective when people trust them.

The interdependent nature of institutions means that if one becomes ineffective, the others will be affected as well. For example, if citizens lose trust in journalists, journalists will not be able to keep citizens informed. If citizens are ill-informed, they may not make the best decisions when voting or lobbying their democratic representatives, which in turn may decrease the effectiveness of the government.

Like a stack of Jenga blocks, each institution that is removed makes the whole stack less stable.