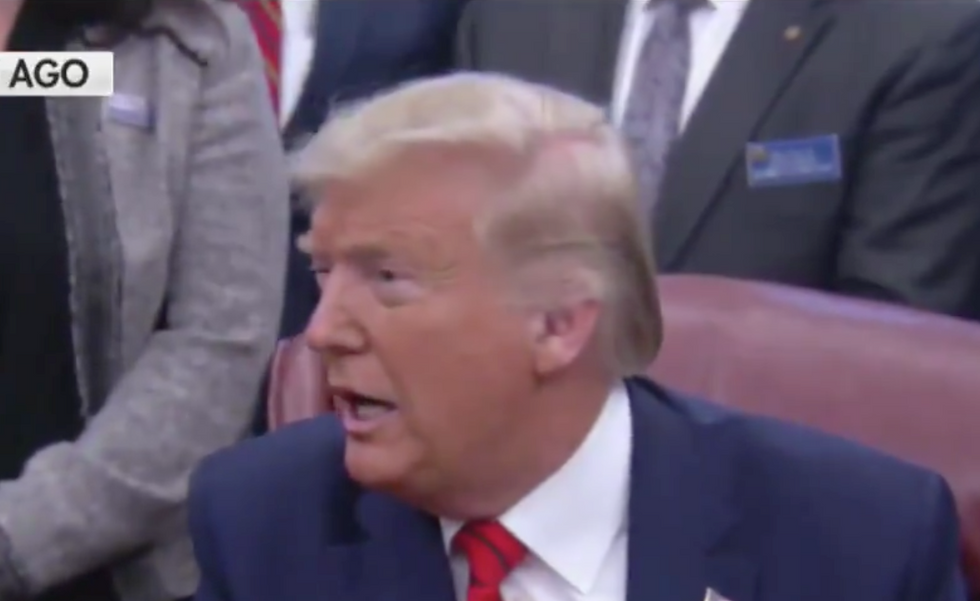 President Donald Trump says he has the “absolute right” to direct the Dept. of Justice in who and how it prosecutes, but claims that he didn’t, despite his furious tweet overnight attacking the DOJ and calling prosecutors’ sentencing recommendation of Roger Stone a “miscarriage of justice.”

Trump also called the 7 to 9 year recommendation of jail time for Stone, his ally, confidant, and former campaign advisor, an “insult to our country.” Trump often conflates himself and the nation, as if he is the country.

Saying he did not speak to anyone at DOJ Trump then said, “I’d be able to do it if I wanted I have the absolute right to do it.”

“That was a horrible abberition,” he concluded, apparently meaning “aberration.”