Trump is trying to bring ‘thousands’ of federal adjudicators under his control — and hurling the US ‘further toward an authoritarian future’: attorney 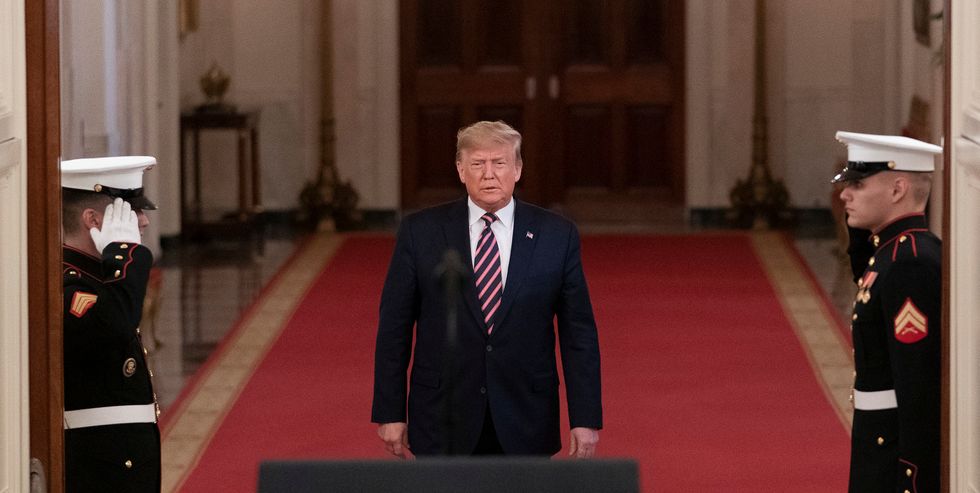 Much has been written about President Donald Trump’s impact on the United States’ federal government — not only the U.S. Supreme Court, but also, the lower federal courts. Trump’s influence at the federal level, however, goes beyond the courts and the judicial branch of the federal government. And journalist/attorney Peter M. Shane, in an article for The Atlantic, warns that Trump is also trying to bring federal administrative adjudicators under his control within the government’s executive branch.

Shane opens his article by explaining who administrative adjudicators are and what they do.

“Throughout the federal government are thousands of officials who do not direct courtrooms, but who are, in a sense, judges,” Shane notes. “They are federal employees who preside over trial-like disputes, hear evidence and testimony, and make decisions that can deeply shape people’s lives, such as the granting of asylum and veterans benefits. These executive branch employees are administrative adjudicators.”

The Trump Administration, according to Shane, has “launched an obscure but dangerous effort to undermine this system, and to dictate both the appropriate circumstances for commencing adjudication and the rules that govern how disputes with agencies are resolved. If the Trump Administration’s strategy works, it will have steered the federal bureaucracy further toward an authoritarian future in which all executive branch policy-making must bend to the whims of a single individual: the president.”

Shane describes the Trump Administration’s power grab as a “two-pronged attack on the independence of all administrative adjudicators” and “the agencies that employ them.” According to Shane, “the first prong involves telling agencies, via executive orders, how to exercise the discretion that Congress has given them to conduct adjudication.”

“The second and even more aggressive prong is the Trump Administration’s campaign to undermine independent agencies, which conduct a lot of the highest-profile administrative adjudications,” Shane goes on to say. “The aim is to put an end altogether to the idea of independent officers in the executive branch.”

Shane wraps up his piece by stressing that the Trump Administration’s campaign to weaken administrative adjudicators underscores the president’s authoritarian leanings.

“Impartiality is anathema to Trumpism,” Shane warns. “That the Trump Administration wants to upend a long-standing system for assuring both the reality and appearance of fairness in agency adjudication may be shocking, but it is not surprising. If you consider yourself on block watch for threats to democracy, take your eyes for a moment off the president’s Twitter feed and turn your attention to administrative law. Danger is lurking amid the complexity.”

Congress to hold its first open hearing on UFOs since 1970