Trump 'described an imagined economic record and he pretended it was real' during SOTU speech: fact checker 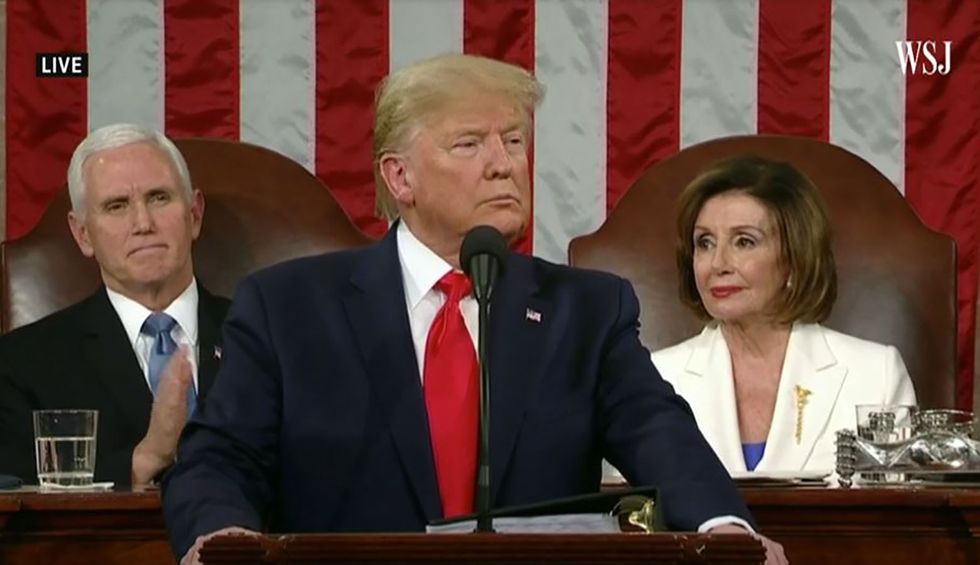 During his State of the Union address this Tuesday night, President Trump touted the strong economic winds currently blowing around his presidency. But according to some fact checking by MSNBC’s Steve Benen, Trump stretched the truth when it came to who was behind the strong economy.

According to Benen, Trump inherited the current economy from his predecessor, President Barack Obama. Nevertheless, three years into Trump’s presidency, job growth has slowed, “economic growth has fallen short of both the growth we saw in Obama’s second term and Trump’s ambitious promises,” wages have stagnated, income inequality has gotten worse, and the nation’s finances have deteriorated “with very little to show for it.”

“The point is not to suggest the economy is in bad shape,” Benen writes. “It’s not and it’d be foolish to suggest otherwise. Rather, the point is Trump need not lie about his record or exaggerate the economy’s health. The truth should be good enough: he inherited a healthy economy, and at least so far, he hasn’t derailed the recovery that began a decade ago.”