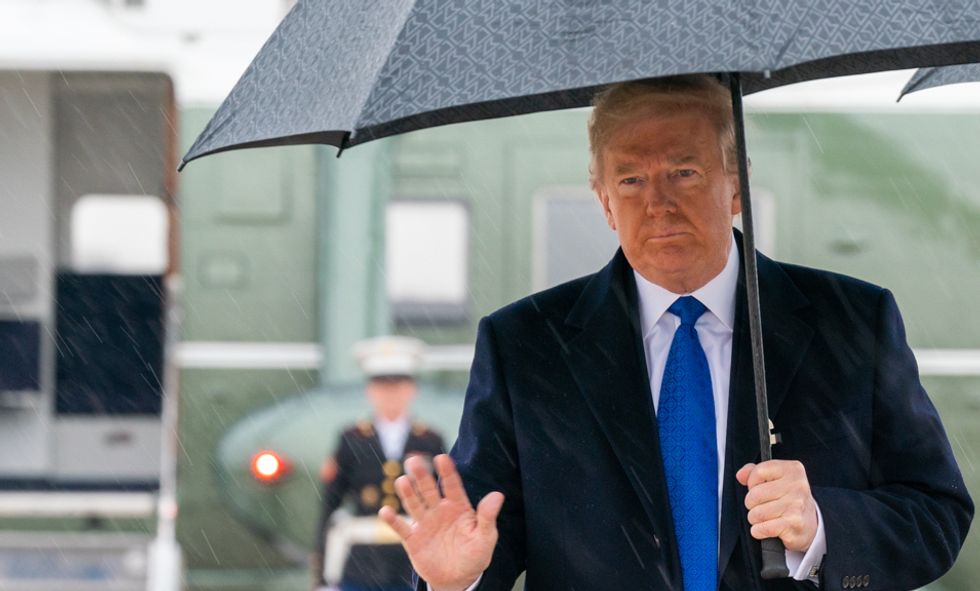 How can you tell that the government isn't taking a crisis seriously? One likely sign is the demand that funding to address the crisis be taken from another source of funds, injecting delay and controversy into an urgent matter for no good reason.

And that's exactly what it appears the Trump administration is doing with its efforts to fight the outbreak of a new strain of the coronavirus, known as Covid-19. Officials have asked Congress for $2.5 billion to respond to the outbreak, but according to a report from the Washington Post, only $1.25 billion of this money would be new spending. The rest would come from existing programs.

Among the most galling of the sources of funds the administration wants to draw from is the Low Income Home Energy Assistance Program, which helps poor families heat their homes in the winter.

"After dithering for weeks as the coronavirus spread around the world, the Trump administration has now decided to pay for its belated response by cutting funding for heating assistance for low-income families,” said Evan Hollander, a spokesman for House Appropriations Committee Democrats, in a statement to the Post.

The new measure would draw only $37 million from the heating program, a trivial number in terms of the federal budget. But that amount could mean a lot to families who need heat. An official told the Post the funds could help 750,000 families.

There's no clear reason why anyone would want to take these funds away, and there's certainly no reason it should be tied in to the negotiations around the response to Covid-19.

Another $535 million would also be taken from funds dedicated to fighting Ebola. While it's at least sensical to consider emergency preparedness funds to all come from a single pool, the cut to Ebola programs is still hard to defend. And it will look profoundly short-sighted if Ebola re-emerges as a global threat.

No cuts need to be made at all. And the Post reports that the Democrats are working on a funding plan that wouldn't cut spending from any other program, and it could include substantially more funds that the Trump administration has planned for. CNN's Dr. Sanjay Gupta has suggested that the $2.5 billion figure does not seem commensurate with previous outbreak responses, and even Republican House Minority Leader Kevin McCarthy said Wednesday that the administration's request is likely too low; he would rather see about $4 billion in funds allocated to fight the virus.