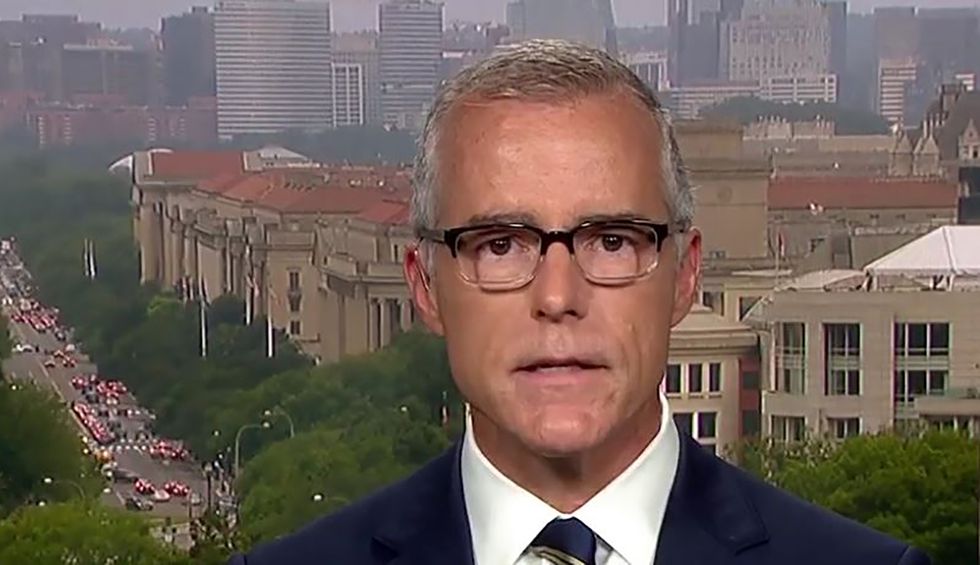 In December, President Donald Trump nominated Jessie K. Liu (a former U.S. attorney in the District of Columbia) for a position in the U.S. Treasury Department on the recommendation of Treasury Secretary Steve Mnuchin. But on February 11, Trump withdrew the nomination — and a key factor, according to Axios’ sources, was a memo that criticized Liu’s decision not to indict former FBI Deputy Director Andrew McCabe.

But there were other factors as well that, Axios’ Jonathan Swan reports, made the 47-year-old Liu insufficiently Trumpian. And they range from not acting on some of the criminal referrals against women who accused Supreme Court Justice Brett Kavanaugh of sexually misconduct to signing a sentencing filing that recommended some time in prison for former National Security Advisor Michael Flynn. Liu was nominated for undersecretary for terrorism and financial crimes.

Republican activist Barbara Ledeen, Alberto Luperon reports in Law & Crime, wrote a memo that was critical of Liu’s record — and that memo helped turn Trump against her. Ledeen, Luperon points out, is a friend of Flynn.

“It’s worth mentioning that the memo in question reportedly left a mark on Trump,” Luperon explains. “The president pulled the Treasury nomination earlier this month just before she was about to testify before the Senate Committee on Banking, Housing and Urban Affairs.”

Liu, Luperon notes, oversaw “much of the prosecution of Trump campaign surrogate Roger Stone” when she was serving as a U.S. attorney.

Ledeen’s memo also criticized Liu for dismissing charges against “violent inauguration protesters who plotted to disrupt the inauguration” of Trump in January 2017. And according to the memo, Liu was part of a group of female attorney attorneys that Ledeen considered “pro-choice” and “anti-Alito” (as in Justice Samuel Alito, who President George W. Bush nominated for the U.S. Supreme Court in 2006).