'There needs to be accountability,' says Ocasio-Cortez as documents show DNC involvement with Iowa Caucus app 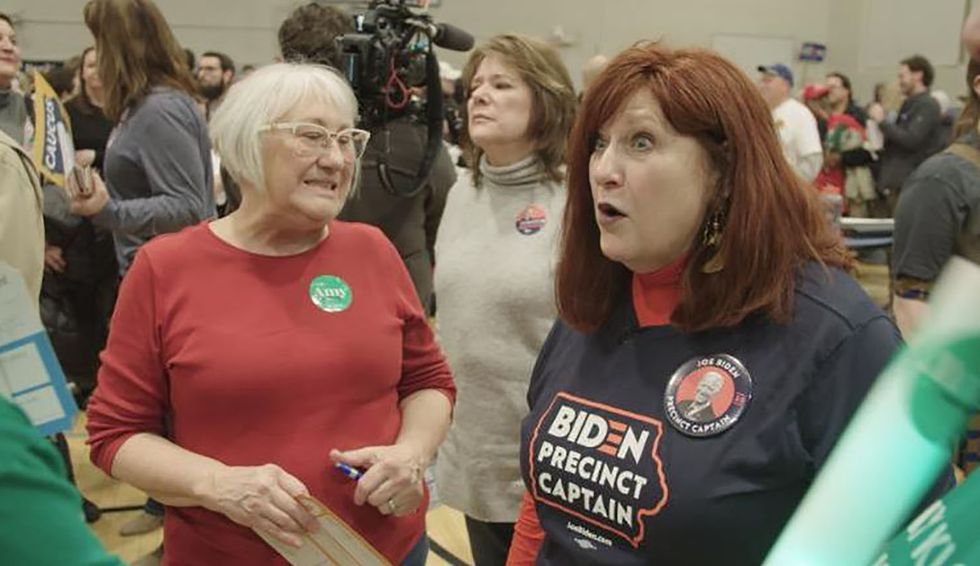 Rep. Alexandria Ocasio-Cortez demanded that the Democratic National Committee be held accountable after documents published by Yahoo News late Thursday detailed the DNC's involvement with the mobile app at the center of the Iowa caucus disaster.

"If this reporting is correct, then there needs to be accountability at the DNC," the New York Democrat tweeted. "Even if the DNC's access to the tool was 'solely for security testing' as they claim, ProPublica found major hackable vulnerabilities almost immediately—which means they didn't do their job."

Yahoo obtained a copy of the contract between Shadow, Inc.—a secretive for-profit tech firm owned by the Democratic digital non-profit ACRONYM—and the Iowa Democratic Party, which was signed on Oct. 14, 2019.

"Consultant agrees to work with the DNC Services Corporation/Democratic National Committee ('DNC') on an on-going basis as Consultant [Shadow] develops the software," the contract states. The app was designed for the stated goal of getting caucus results to the public more quickly.

Under the terms of the contract, Shadow agreed to "provide DNC continual access to review the Consultant's system configurations, security and system logs, system designs, data flow designs, security controls (preventative and detective), and operational plans for how the Consultant will use and run the Software for informational dissemination, pre-registration, tabulation, and reporting throughout the caucus process."

Read the copy of the contract published by Yahoo:

"They were intimately involved in this process," an anonymous source who worked on the Iowa caucus told Yahoo, referring to the DNC's role.

In the wake of the Iowa caucus fiasco, which delayed the reporting of results for days and raised widespread doubts about the credibility of the process, DNC chairman Tom Perez has faced calls to step down. On Wednesday, Troy Price resigned as head of the Iowa Democratic Party.

The anonymous Iowa source told Yahoo that Perez's behavior in the aftermath of the Iowa debacle has been "extremely frustrating" because he has shifted blame onto the Iowa Democratic Party—while neglecting to mention the DNC's involvement with the app.

In a statement to Yahoo, DNC communications director Xochitl Hinojosa said the party "requested access to the tool solely for the purpose of doing security testing" and denied that it helped develop the app.

"The DNC drafted broad language to make sure whatever vendor [the Iowa Democratic Party] ultimately hired was required to work with the DNC's cyber-security consultant," said Hinojosa. "We did not build the application, nor did we provide 'oversight' of its development—that's the vendor's responsibility. We only provided security assistance."

Ocasio-Cortez, who is backing Sen. Bernie Sanders (I-Vt.) in the Democratic presidential primary, tweeted Thursday night that "candidate preferences aside, the integrity of our primaries [is] incredibly serious."

"We cannot afford to be pointing fingers—we need to pinpoint solutions," Ocasio-Cortez wrote. "If the DNC was responsible for security and there were security failures, we need to address that."