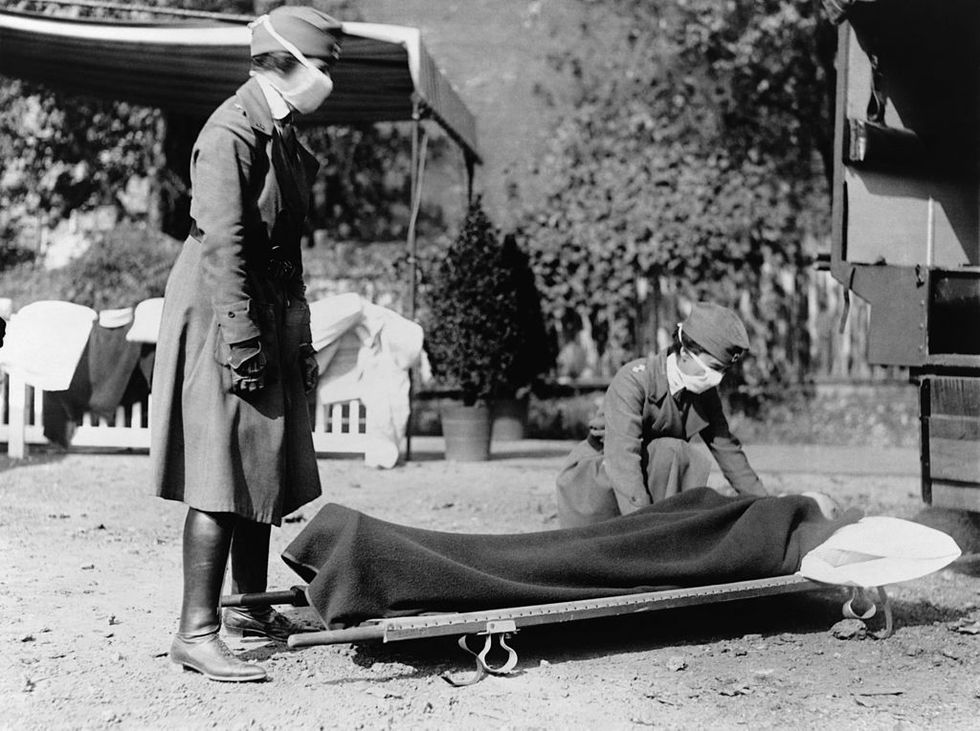 The Trump administration’s efforts to downplay COVID-19 and control information about it are a troubling historical echo of the deadly Spanish flu pandemic of 1918. The Spanish flu killed around 670,000 Americans (at a time when the U.S. population was 103 million)—and historians say that its spread was made worse by President Woodrow Wilson’s efforts to pretend everything was just fine.

The Spanish flu hit during World War I, which already had Wilson convinced that the flow of information must be tightly controlled. “Government posters and advertisements urged people to report to the Justice Department anyone ‘who spreads pessimistic stories … cries for peace, or belittles our effort to win the war,’” Smithsonian reported in 2017. “Against this background, while influenza bled into American life, public health officials, determined to keep morale up, began to lie.” In city after city, the spread of the disease was worse because public health officials refused to admit what was going on and allowed sick people to come into contact with and infect others.

“The propaganda machine that Wilson set up that was trying to highlight the war effort and give short shrift to other problems in the country,” Tevi Troy, the author of a book about presidential disaster management told “The Chicago Way” podcast in 2016, “and that really undercut the ability to get out the message as to how bad the disease was and promote strategies for combating it.”

COVID-19 is not the Spanish flu, but the Trump administration’s strategy of downplaying, putting politicians in charge of information flow rather than deferring to and empowering public health experts, and worrying most of all about the financial markets and Donald Trump’s ego isn’t confidence-inspiring in light of this history.

Robbing health programs for the poor to pay for coronavirus response, slowing down congressional action on fuller funding, telling people to turn off the television, yammering about Ebola, and—most of all—putting a politician with no medical training and a disastrous public health record in charge of the administration’s response is not the way to prevent the virus from spreading or from being deadly if it does spread. Sending untrained workers without protective gear to greet people returning from the epicenter of the outbreak is not a good first move from the administration. Our for-profit healthcare system is a danger to us.

The United States—like all countries right now—needs a major public health mobilization with ample funding and a rejection of partisan concerns. Given that, the U.S. has the resources and medical expertise to minimize the dangers of coronavirus. Unfortunately, that’s not what we’re getting, and that’s where things potentially get scary. In the face of an incompetent administration most interested in short-term political positioning, we need public health officials to press to do their jobs free of political interference, and we need the media to be responsible both in the sense of refusing to fearmonger and in the sense of pushing through the administration’s efforts to control information.