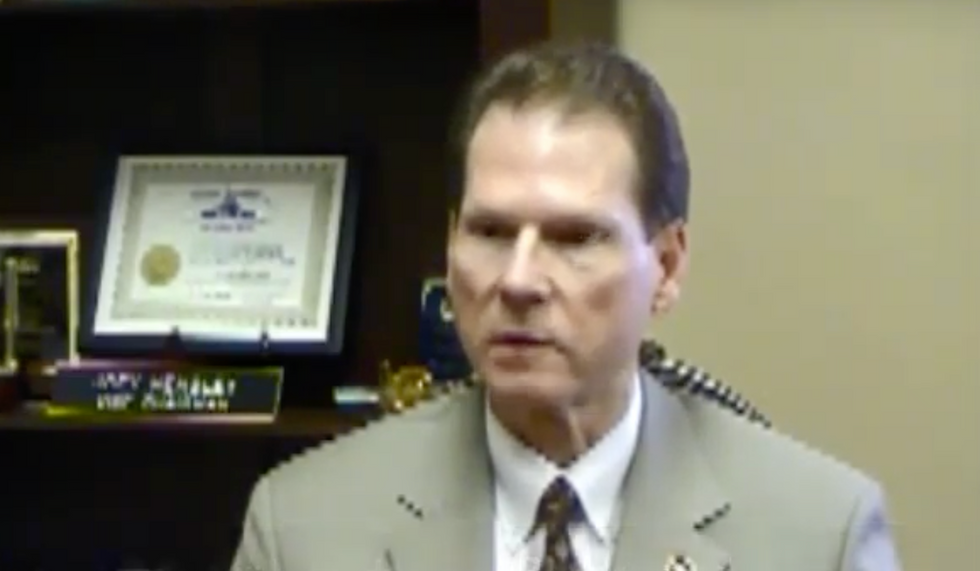 Tennessee has an annual sales tax-free holiday weekend that begins on the last Friday of July. Part of the push is that certain items, including computers and clothing, can be purchased throughout the Volunteer State free of sales tax, which promotes consumerism while helping out families purchasing items for kids who are about to go back to school. The Charlotte Observer reports that a proposal to include feminine hygiene products among sales tax-free items has been receiving big-time pushback from Republicans.

Republican state Sen. Joey Hensley explained that he was worried about … how many tampons women might buy. While debating against the bill in the state legislature, he said, “I would think since it’s a sales tax holiday, there’s really no limit on the number of items anybody can purchase.” He went on to say he didn’t know of a way to limit how many feminine hygiene products someone could buy.

The fight to rid our culture of the stigmas surrounding woman’s menstruation has been going on for decades. One obstacle that seems especially frivolous is sales taxes on feminine hygiene products, like tampons. States have taxed the sale of items like tampons the same way one would tax luxury items like a necklace or a flatscreen television. This means that the government does not classify items like tampons and sanitary pads as necessities.

A reminder: The bill that Republicans in Tennessee are trying to quash would make these hygiene products tax-free for THREE DAYS, once a year!!!! The bill’s fiscal impact to the state of Tennessee is estimated at around $132,700 per year. Of course, Republicans like state Sen. Hensley seem to fear that Tennesseans looking to make a life-size replica of the Titanic out of tampons might break the state’s bank.