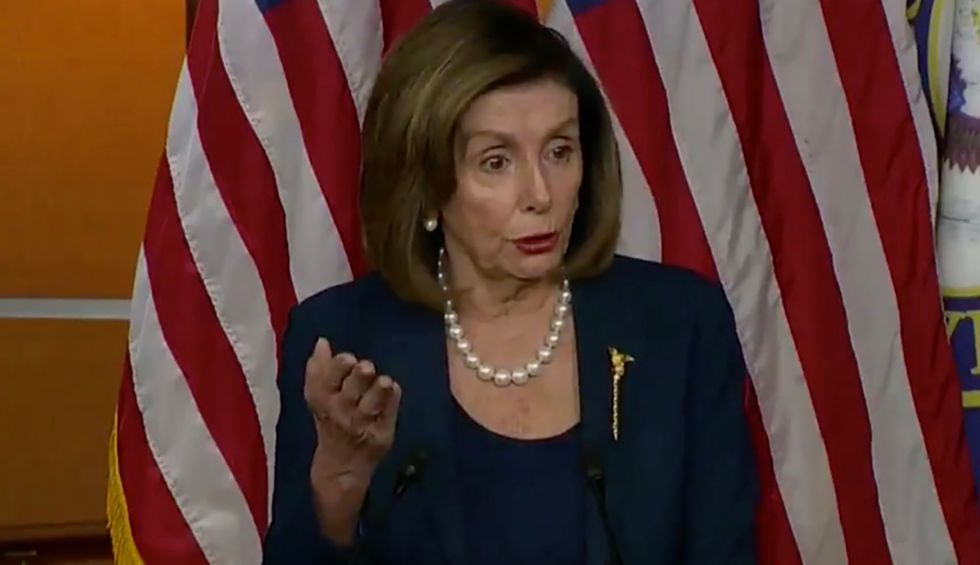 "We want this to be not only a victory, but a resounding victory for Henry Cuellar," Pelosi told dozens of Cuellar campaign workers and supporters. "Every step you take, every door you knock, every call you make, will make that resounding victory possible—and it includes getting out a big Democratic vote prepared to vote again in the general election so that we turn Texas blue."

"We assume that Henry will win, but we don't take anything for granted," Pelosi added. "The word 'assume'—ass of you and me. Assume nothing." Ahead of her visit to Cuellar's campaign office, Pelosi headlined a fundraiser for the Democratic Congressional Campaign Committee, which has also thrown its weight behind Cuellar in Texas' 28th congressional district.

"Nancy Pelosi is backing a 'Democrat' who votes with Trump nearly 70% of the time, has an 'A' rating from the NRA, is anti-choice, and has received tens of thousands of dollars from the Kochs," the group wrote.

Instead of lifting up progressive women like @JCisnerosTX, Pelosi is stumping for a "Democrat" who is anti-choice;… https://t.co/dbcbuxImSH
— Waleed Shahid (@Waleed Shahid) 1582411196.0

Cuellar is the first-ever congressional Democrat to receive reelection support from Americans for Prosperity Action, a super PAC funded by billionaire Charles Koch.

Referring to Cuellar and other right-wing Democrats like him, Ocasio-Cortez tweeted Saturday that "there are [Democratic] reps in SAFE blue seats who side with the NRA, are anti-LGBT+, and yet are protected because they advance the interests of big donors, Wall St., fossil fuels, etc."

"It's not 'wrong' to take that on and do better," the New York Democrat wrote. "This isn't about swing seats or pushing communities 'too far left.' It's about accountability. Working families deserve so much better. And if we aren't willing to admit where we can do better, then what is the point? Our job is to serve the people, not the powerful."