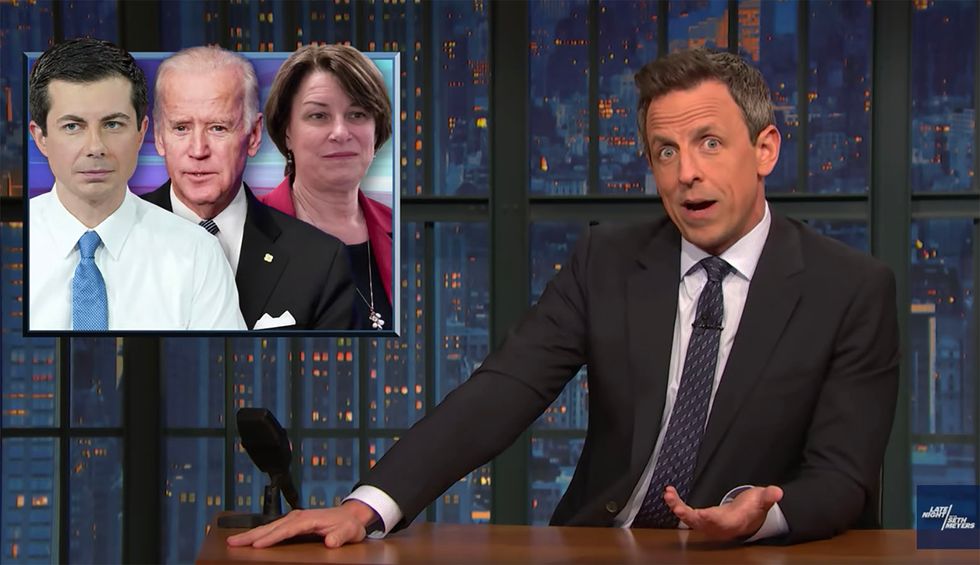 Although it remains to be seen what will happen in South Carolina’s Democratic presidential primary and on Super Tuesday, Sen. Bernie Sanders — following his impressive victories in Nevada and New Hampshire — has picked up the most delegates and can easily be described as the primary’s frontrunner. Pundits in cable news have had a lot to say about Sanders’ frontrunner status, and comedian Seth Meyers had some laughs at the pundits’ expense this week on his show, “Late Night with Seth Meyers” (which airs on NBC-affiliated stations).

“Pundits across cable news have been freaking out about Bernie’s rise,” Meyers told viewers while showing CNN and MSNBC clips. And he explained that according to badly flawed “pundit math,” Sanders is “losing” the primary.

“According to pundits,” Meyers added, “you want to follow the Joe Biden path: come in fourth in Iowa, fifth in New Hampshire and a distant second in Nevada.”

Meyers went on to say, “The reality is that most actual voters don’t think like pundits. They don’t divide candidates into a so-called liberal lane and a moderate lane. In fact, polls have shown that the top second choice among Biden voters is actually Bernie. Polls have also shown that Democratic voters are overwhelmingly satisfied with their choices. They don’t divide them up into lanes.”