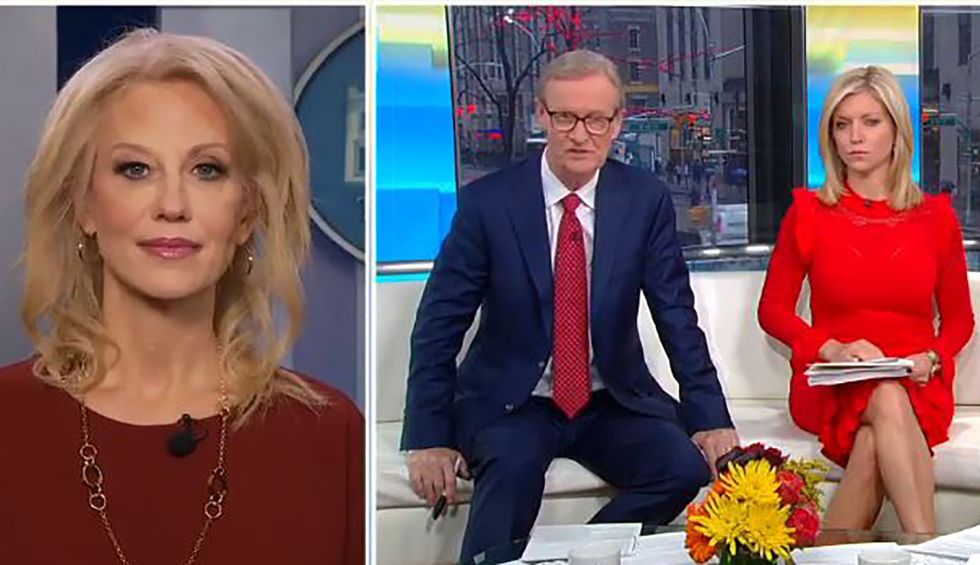 Kellyanne Conway is trying to smooth over President Donald Trump’s firing of Lt. Colonel Alexander Vindman and his brother, Lt. Col. Yevgeny Vindman, from the National Security Council, by claiming they were not fired at all.

Her husband, prominent conservative attorney George Conway, isn’t having it, appearing to call her remarks “gaslighting.”

The Senior Counselor to the President told “Fox & Friends” Monday morning it’s “typical” for someone from the NSC to be reassigned. She did not mention his brother was as well, nor did she note they were escorted out of the building like criminals.

“Fox & Friends” co-Host Steve Doocy agreed with Kellyanne Conway’s take, after kicking off the segment by saying the Vindmans had been fired.

“They didn’t get fired, they just got relocated,” Doocy offered.

“This is very typical in a White House to have a detailee [sic] for a temporary period of time who then returns to what their full-time job is,” she added, which is inaccurate. Conway is attempting to say that Vindman was only working at the NSC part-time, which is false.

Although he did not mention her by name, on Twitter, George Conway weighed in, in what appears to be a direct attack on Kellyanne Conway’s Fox News remarks.

When @realDonaldTrump says he got rid of Vindman because Vindman “reported contents of my ‘perfect’ calls incorrect… https://t.co/nrylQW1aqU
— George Conway (@George Conway)1581340720.0