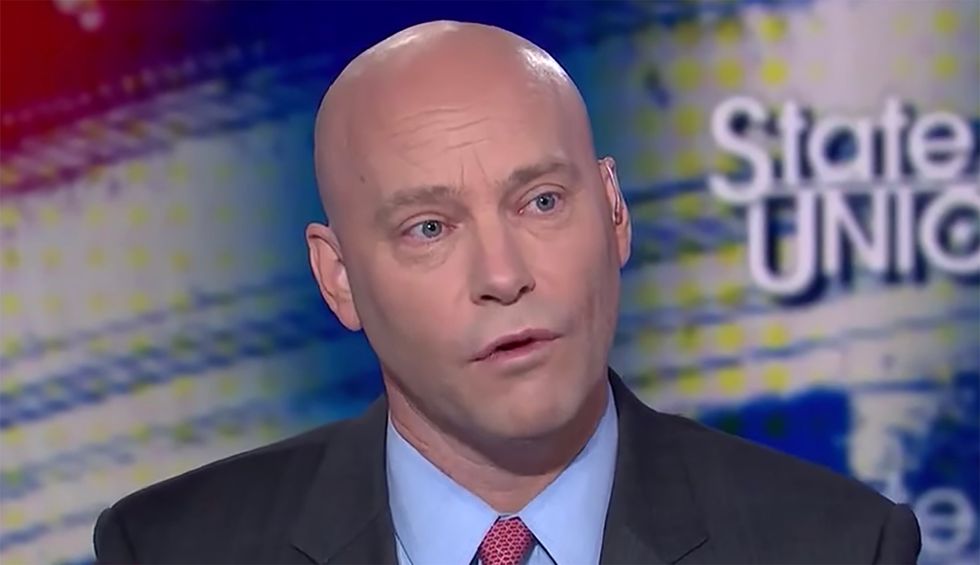 Appearing on CNN’s “State of the Union” with fill-in host Dana Bash, the chief of staff for Vice President Mike Pence argued that the Justice Department is rife with officials who are biased against Donald Trump, only to have Bash remind him that the all the investigations of the president have been initiated by Trump appointees.

After complaining about how the Roger Stone case was handled, Martin Short lashed out at the Justice Department after Bash stated, “Barr ordered the Justice Department to re-examine the case of the former national security advisor Michael Flynn who pleaded guilty to lying to investigators and President Trump said that Flynn’s situation is unfair, and he wished him best wishes and good luck. Why is the attorney general inserting himself in cases involving the president’s associates?”

Because, again, there has been a bias within the Department of Justice that the Attorney General Barr is trying to correct,” Short shot back. “He said that the president has not called him directly to do these things, but he is acting independently to do the reviews and I think that he is doing a terrific job with it.”

“I hear you say that there is a bias and I understand why you are saying that, but there is not proof of that given the fact that you had Robert Mueller appointed by somebody who was a Trump nominee, and you had very long and very intense investigations by people who, I know that you guys said it is a witchhunt and it was corrupt and all of those things, but at the end of the day, you had genuine investigations going on by people who are career nonpartisan prosecutors,” Bash parried.

“Well, they are supposed to be nonpartisan and that is the basis of the complaint, Dana,” short persisted. “The reality is there are people who are inside of the Department of Justice who were stating their intent to stop Donald Trump from becoming the president of the United States, and that is a serious problem and that is what the president has spoken out about, and with the proof, they knew in the aftermath of the Mueller report, there was no collusion, and if they were looking at who to ensnare and who to…”

“I don’t know if that is true that they knew there was no corruption. that is not fair, because there is a lot of things that we can and will fact check,” Bash said as she cut him off.