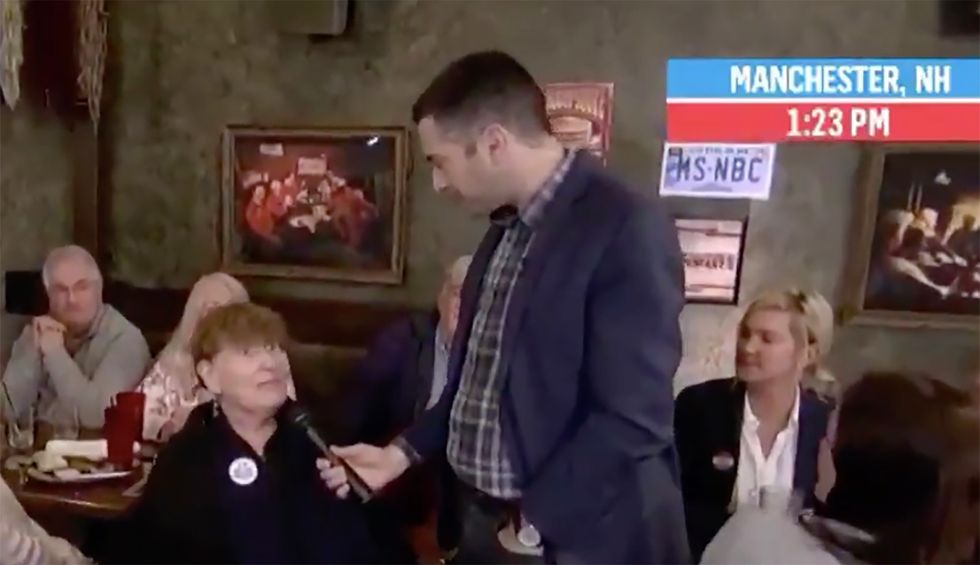 MSNBC's Ari Melber got pushback Tuesday afternoon when he asked a New Hampshire voter why she decided to support Sen. Bernie Sanders in the 2020 Democratic presidential election primary.

"I want to say, the reason I went for Bernie is MSNBC," the woman told Melber, who was interviewing voters live in Manchester.

"I think it is completely cynical to say that he has lost 50% of his vote from the last time when there were two candidates," the voter replied. "This time there are multiple, wonderful candidates that would be great candidates and people that we could unify behind."

"The kind of 'Stop Bernie' cynicism that I heard from a number of people... It made me angry, so I said, Bernie's got my vote," she added.

Complex #Bernie voter tells @AriMelber that she decided to vote for #BernieSanders because of #msnbc bias #NotMeUs… https://t.co/dz5B8VTweU
— CaseStudyQB (@CaseStudyQB)1581446513.0

"It truly was a jackhammering for the ages," added co-host Sam Knight.

Despite a reputation as the "liberal" news network, MSNBC and NBC News have been harshly critical of Sanders, with hosts and contributors alike launching attacks on the senator.

On Monday, "Meet the Press" host Chuck Todd referred to supporters of Sanders—who lost family in the Holocaust—as a "brownshirt brigade," a reference to the Nazis. "Hardball" host Chris Matthews was slammed Friday for a fantastical rant about a potential Sanders presidency that ended with Matthews being executed in Central Park.