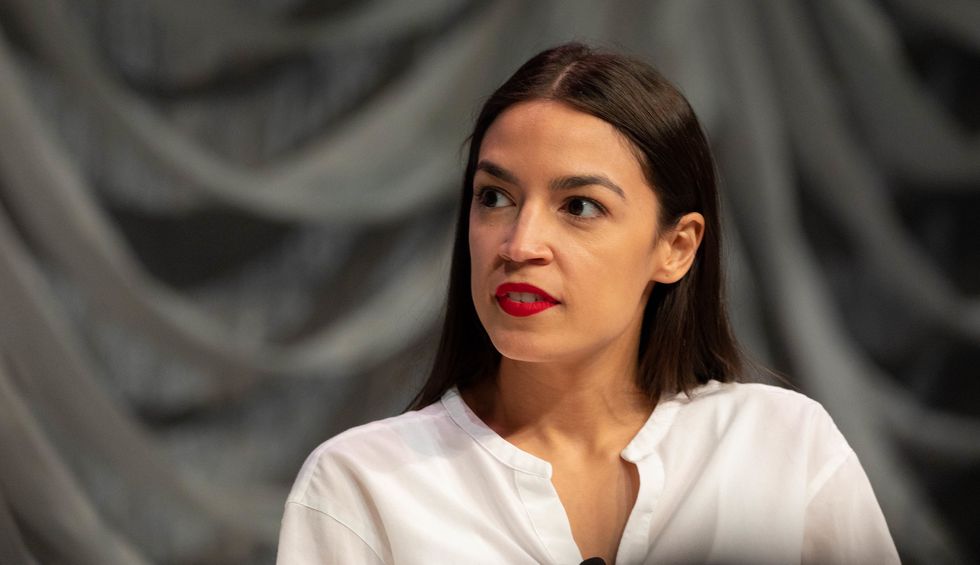 Democratic Rep. Alexandria Ocasio-Cortez and New York Attorney General Letitia James fired back at President Donald Trump on Thursday after he sent an implied threat to their home state.

Trump was to meet with Gov. Andrew Cuomo on Thursday amid ongoing negotiations surrounding the Global Entry program, which allows airport travelers to move more quickly through security. The Trump administration has announced that it would prevent New Yorkers from using this and related programs in response to the state's resistance to the Department of Homeland Security's pursuit of unauthorized immigrants. James and others accused the administration of retaliating against New York over a policy disagreement, while DHS claimed the change was necessary for safety reasons.

But ahead of the Cuomo's meeting with Trump, the president sent a tweet implying that it wasn't just immigration policy that was on the negotiating table — he wants to use his leverage to garner personal benefits as well.

James has sued the administration over the Global Entry dispute, but Trump's reference to "harassment" indicated that he's also outraged about the investigations and lawsuits the state has brought against him personally, such as the attorney general office's legal action against the Trump Foundation. Trump has previously called investigations of him personally "Presidential Harassment."

"When you stop violating the rights and liberties of all New Yorkers, we will stand down," James said in a tweet. "Until then, we have a duty and responsibility to defend the Constitution and the rule of law. BTW, I file the lawsuits, not the Governor."

Ocasio-Cortez, echoing similar sentiments on Twitter, compared Trump's apparent threat to Cuomo to the Ukraine scandal that led to his impeachment. In that instance, Trump pressured the president of Ukraine to investigate his political enemies, including former Vice President Joe Biden, while withholding a White House meeting and military funding.

"Trump is publicly admitting that he is holding Global Entry for New Yorkers hostage in exchange for dropping lawsuits against him and his family’s lawbreaking behavior," the lawmaker said. "This is corrupt, illegal, and authoritarian. Hope Collins and Murkowski are proud of their vote."