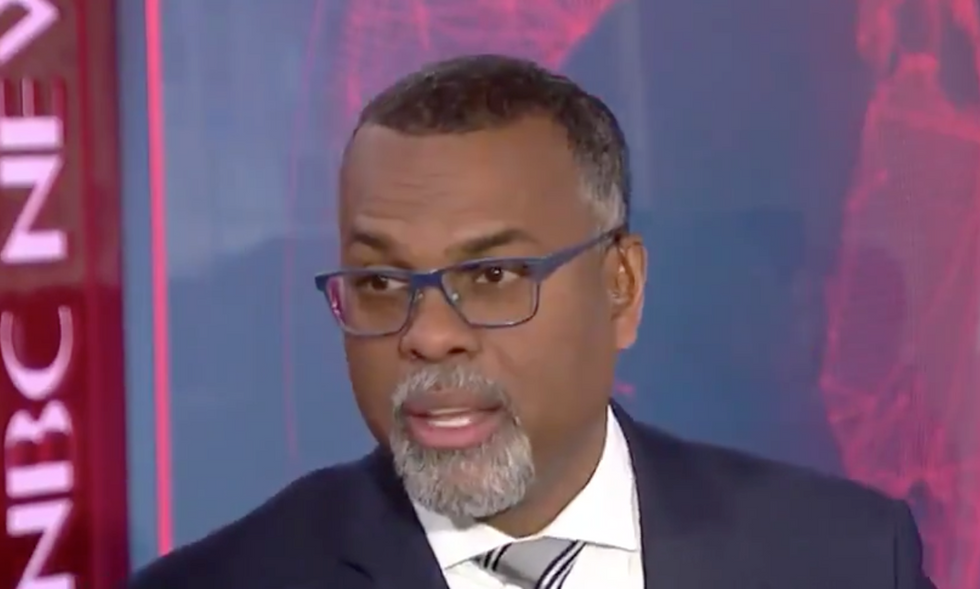 Schmidt, in response, said that Sanders is promising "free everything," a reference to the Vermont senator's plans to tax the rich to pay for social services like healthcare and student loan forgiveness. Host Stephanie Ruhle pushed back, calling that charge unfair.

A longtime GOP operative, Schmidt served in the President George W. Bush administration as an aide to former Vice President Dick Cheney; Schmidt then worked on Bush's 2004 re-election campaign, which relied on stoking homophobic panic over gay marriage as a strategy to get out the right-wing vote. Schmidt was also an advisor to former Sen. John McCain's presidential run in 2008. He has been an MSNBC contributor since at least 2011, leaving briefly in 2019 to work on Starbucks CEO Howard Schultz's failed exploration of a presidential bid.

After Trump's ascendance and election, Schmidt adopted a "Never-Trump" stance, using the perception of himself as a principled conservative to encourage the Democratic Party to shift further to the right.

On Tuesday, Glaude had had enough.

After his MSNBC appearance, the Princeton professor took to Twitter to remind voters that GOP concern over Sanders, a self-described democratic socialist, is hard to reconcile with the party's overuse of the term in recent years.

"Remember: Republicans called Barack Obama a socialist," Glaude tweeted. "We can't be afraid of that word. Candidates must be bold and visionary—our country desperately needs it."

"Not that these labels tell us much about anything," added Glaude. "But Dr. Martin Luther King, Jr. was, according to many, a democratic socialist."