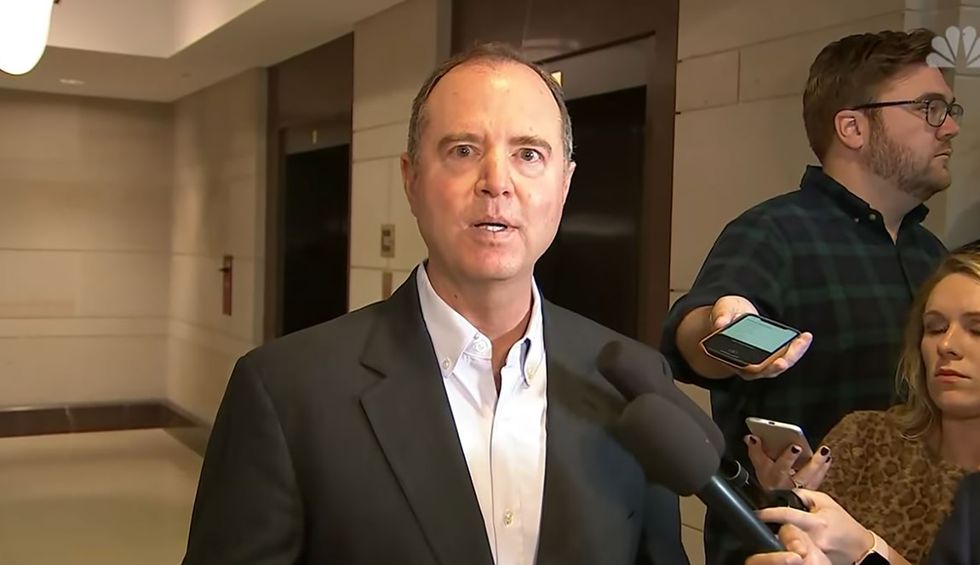 NBC legal analyst Glenn Kirschner on Sunday addressed the possibility that Chief Justice John Roberts could declare a mistrial before Republicans in the Senate acquit President Donald Trump on impeachment charges on Wednesday.

Kirshner argued that House Impeachment Manager Adam Schiff could call for a mistrial even though such a move is not contemplated in Senate rules.

“I wish Schiff WOULD make a motion for a mistrial based on, among other things, the revelation of [Pat] Cipollone’s grossly unethical conduct/conflicts of interest,” Kirshner wrote on Twitter, referring to allegations that the president’s attorney witnessed presidential high crimes.

"The Senate rules may not contemplate/authorize a mistrial motion,” he admitted. ‘I would argue the rules as adopted NEVER contemplated the president’s lawyers would have hidden from the Senate, the Chief Justice and the American people such egregious, disqualifying information (as recently disclosed by John Bolton).”

Kirshner concluded: “Cipollone perpetrated a unimaginable fraud on the Senate and the American people and the Dems should not go quietly into that dark acquittal. Move for a mistrial and see what the Chief Justice says.”

Many have asked if the House managers can move for a mistrial. Here are my quick thoughts: I wish Schiff WOULD make… https://t.co/735O6GdR5l
— Glenn Kirschner (@Glenn Kirschner)1580654207.0

the Senate rules may not contemplate/authorize a mistrial motion. I would argue the rules as adopted NEVER contempl… https://t.co/MgHCUThFO3
— Glenn Kirschner (@Glenn Kirschner)1580654209.0

disclosed by John Bolton). Cipollone perpetrated a unimaginable fraud on the Senate and the American people and the… https://t.co/WabXSmdC7o
— Glenn Kirschner (@Glenn Kirschner)1580654210.0