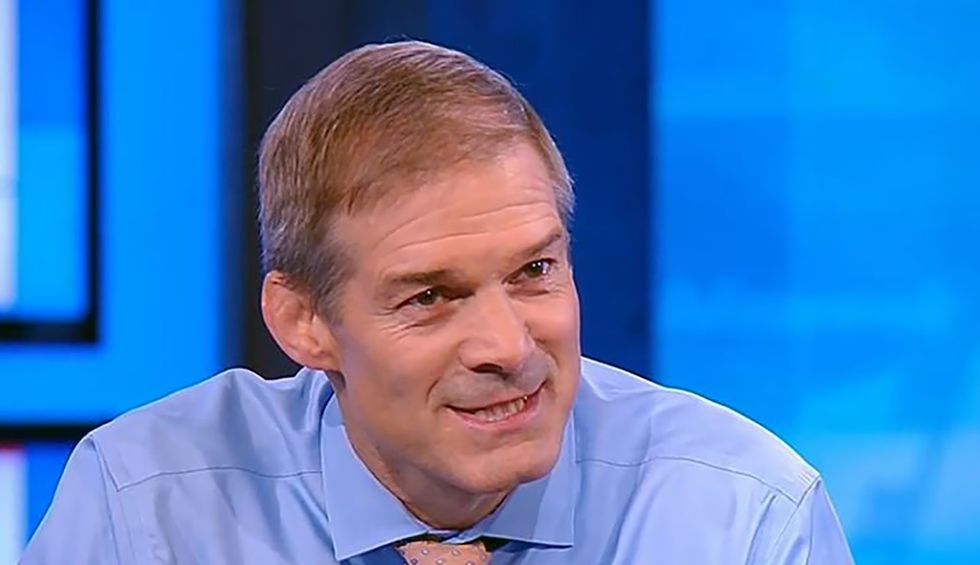 Rep. Jim Jordan (R-OH) on Thursday walked out of a hearing that featured women who detailed their experiences with being sexually harassed by male judges.

During the hearing, a former clerk for Ninth Circuit Judge Stephen Reinhardt named Olivia Warren detailed her experience in being harassed by her former boss and her fear of having her career derailed by speaking out against it until after Reinhardt passed away in 2018.

“My fear of retaliation is lessened because Judge Reinhardt is no longer on the bench,” she said during the hearing. “My courage is bolstered by the brave women who have come before me.”

As Mineiro notes, Jordan himself has been accused of helping to cover up systemic sexual abuse during his tenure as a wrestling coach at Ohio State University, where many male wrestlers have reported being molested by team doctor Richard Strauss.

Earlier this week, a former OSU wrestling captain told the Ohio House Civil Justice Committee that Jordan had asked him to help cover up the sex abuse scandal.

@CourthouseNews Rep. Jim Jordan was in the room for this sexual harassment hearing but has since left. Jordan is fa… https://t.co/iRRyYjcYUQ
— Megan Mineiro (@Megan Mineiro)1581604170.0