'It is Ukraine all over again': Ex-Trump ethics chief decries the president's new ‘quid pro quo’ 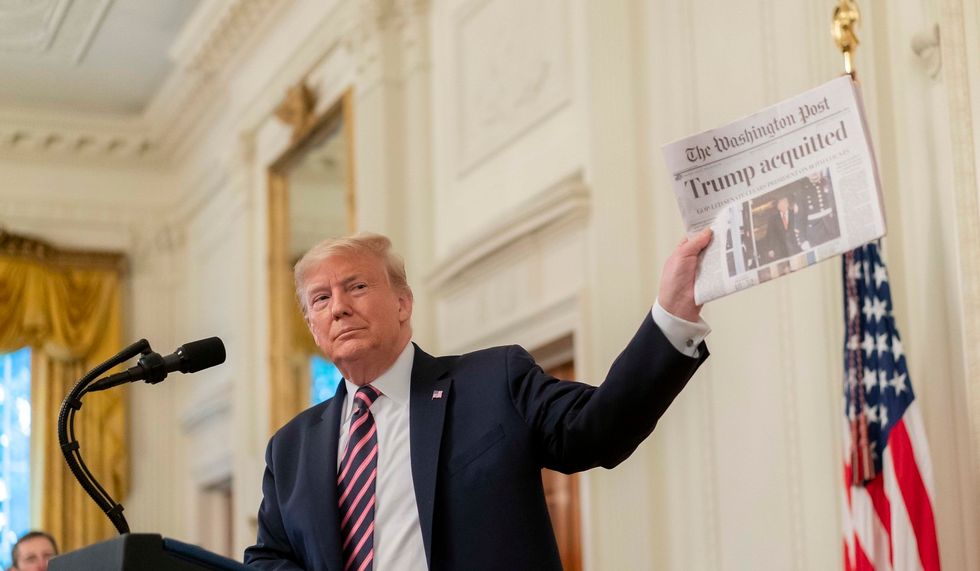 When Walter Shaub resigned in protest from President Donald Trump’s administration in July 2017, he had been heading the Office of Government Ethics (OGE). Shaub is still voicing his concerns about Trump’s administration, and this week, he spoke out about a Trump tweet that has been drawing criticism for seemingly linking the possible end of travel restrictions affecting New York State to Trump-related investigations there.

Trump, on Thursday, tweeted, “I’m seeing Governor Cuomo today at The White House. He must understand that National Security far exceeds politics. New York must stop all of its unnecessary lawsuits & harassment, start cleaning itself up, and lowering taxes.”

After Shaub saw that tweet, he compared it to the “quid pro quo” that House Democrats accused Trump of during his impeachment trial: military aid to Ukraine in exchange for an investigation of former Vice President Joe Biden and his son Hunter Biden.

Shaub tweeted, “It is Ukraine all over again. Only now it is one of these United States being extorted. Holy cow, people. It's happening in plain sight this time. Have we reached the point where a quid pro quo doesn't even make a ripple? Is that the degree of submission to corruption? Wake up!”

Vox’s Aaron Rupar interviewed Shaub about Trump’s Cuomo-related tweet and his response to it.

Shaub told Vox, “It’s important to remember the context in which all of this is unfolding. This week, we’ve learned that the extent to which the president has politicized the Department of Justice may be a lot worse than any of us feared. And then, on the heels of that discovery, he tweets out this extortionate demand that New York drop its lawsuits against him.”

Shaub went on to say, “I’m not accusing him necessarily of committing a crime, but this is the exact type of behavior that was implicated in the impeachment hearing where he tried to strongarm Ukraine into taking an action against one of his political rivals, and he took an official action of withholding hundreds of millions of dollars of needed aid from a country that has been invaded by Russia.”