'I don't think that you are telling us the truth': House Democrats grill Pompeo on Iran and coronavirus 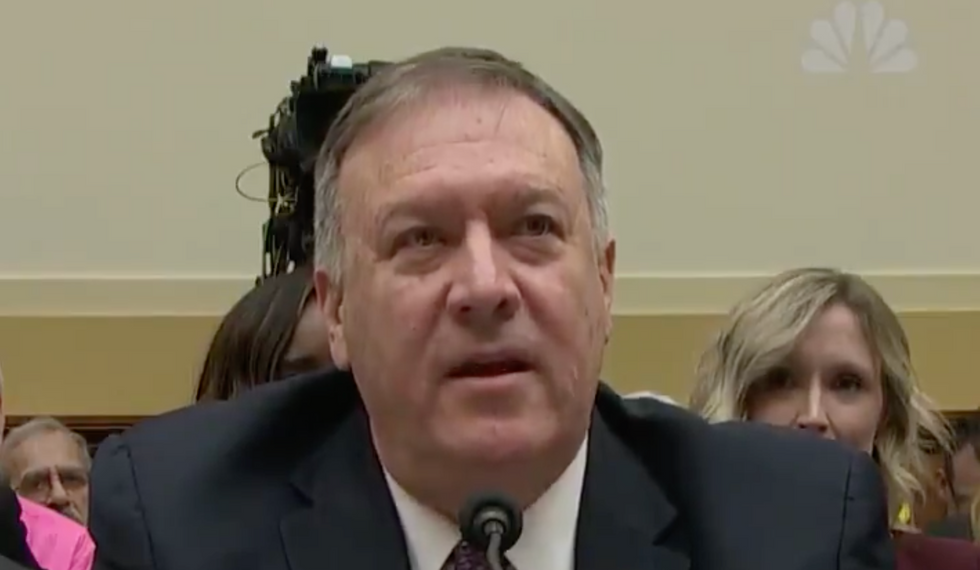 Democrats on the House Foreign Affairs Committee Friday assailed Secretary of State Mike Pompeo for non-answers and evasions on issues related to the administration's policy on Iran and its plans to handle the spread of coronavirus, which threatens to explode into a global pandemic.

The two-hour hearing took place following two months of repeated requests by the committee that were resisted by Pompeo despite Congress' official role in oversight of the executive branch.

"Mr. Secretary, it shouldn't have been so difficult to get you here, and your appearance here today is far too short," said committee chair Rep. Eliot Engel (D-N.Y.). "While we had to wait for you, the world doesn't wait for anyone."

The "Evaluating the Trump Administration's Policies on Iran, Iraq and the Use of Force" hearing—which began with CodePink protesters denouncing Pompeo's role in the administration's aggressive policies and warmongering being removed from the room—was held to discuss President Donald Trump's Iran policy, stemming from the assassination of Iranian military leader Qasem Soleimani in Baghdad on January 2.

Democrats on the committee said they were not convinced by Pompeo's repeated assertions that Soleimani's assassination was justified because of an immediate threat to American lives and interests.

"I have seen that classified information and after reviewing it, I don't think that you are telling us the truth," said Rep. Joaquin Castro (D-Texas).

In a fiery exchange, Rep. Andy Levin (D-Mich.) asked Pompeo to show him on a map of the region which four embassies had been under threat from Soleimani.

"Point out for us, which of our embassies were under threat of such an imminent attack that you had to kill General Soleimani—regardless of what the consequences might be—on January 3, 2020," said Levin.

"I'm never willing to disclose classified information," Pompeo replied. "I assume you're not either."

After a lengthy back and forth in which Pompeo repeatedly claimed the locations were classified, an exasperated Levin fired back a sharp retort.

"You can't hide behind classification on this one because you can't classify something that doesn't exist," said Levin.

While the hearing focused on Iran, comments from administration officials downplaying the coronavirus outbreak—including those by acting White House Chief of Staff Mick Mulvaney at the Conservative Political Action Conference in Maryland earlier Friday morning—were an early topic of discussion.

Rep. Ted Lieu (D-Calif.) asked Pompeo if he agreed with Mulvaney that the coronavirus was a "hoax." Pompeo didn't answer, dismissing the question as a "gotcha."

The potential pandemic and the secretary's pattern of not appearing in front of the committee were at the center of an exchange between Pompeo and Rep. Brad Sherman (D-Calif.).