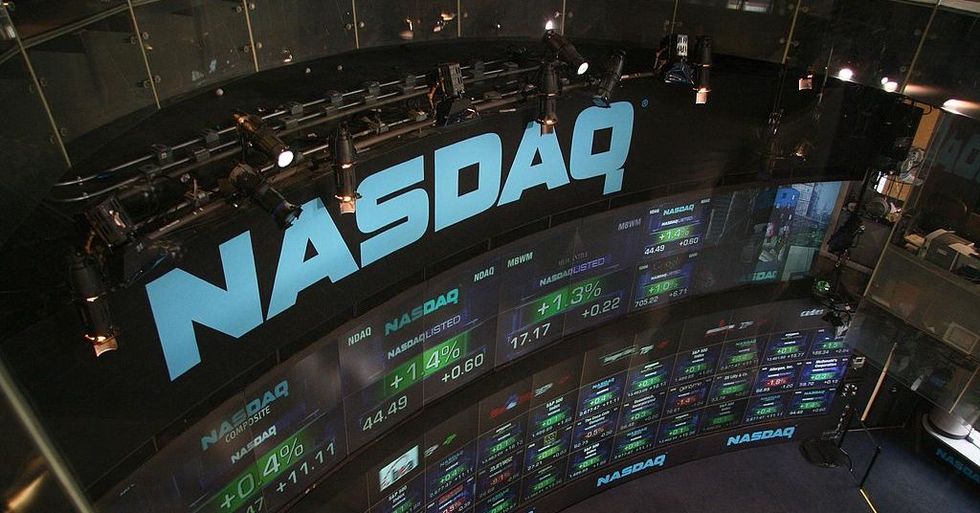 Although Fox Business’ Charles Payne has been mocked and ridiculed a lot this week for his ridiculous claim that Sen. Bernie Sanders’ surge in the 2020 Democratic presidential primary is responsible for the drop in the stock market, no serious investor is blaming anything other than coronavirus — which, according to CNN, has so far killed more than 2,800 people worldwide. The threat of a global pandemic is not only troubling from a health and safety standpoint, but also, from a business standpoint. Joe Pinsker, a staff writer for The Atlantic, examines coronavirus’ effect on the stock market in an article published this week, and he sheds some light on why investors react as they do.

“The global stock market is, theoretically, the distillation of how investors think everything that happens in the world will play out in the economy,” Pinsker explains. “Right now, judging by these drops, investors are much less optimistic than they were a week ago. But what they’re predicting is not only how bad the outbreak could be in terms of workers staying home sick, drops in consumer spending or supply-chain disruptions; it’s also how bad people think it could be. Those might turn out to be two very different things.”

The specific drops that Pinsker is referring to, he notes, were the three main stock indexes (the Dow Jones Industrial Average, the S&P 500 and the Nasdaq Composite) falling “more than 10% below their recent peak.”

Pinsker quotes Richard Sylla, a former professor at New York University’s Stern School of Business, as saying that in the stock market, “what people are thinking, even if it’s wrong, maybe matters more on a day-to-day basis than what the truth is.” And when there is a period of “uncertainty,” Pinsker notes, investors are more likely to “panic-sell.”

Pinsker recalls that in 1957 and 1958, a flu pandemic “killed at least 1 million people” — and in 1957, the Dow Jones Industrial Average “fell about 15%.” That is exactly the type of environment of “uncertainty” that the Atlantic staffer is talking about.

According to Sylla, history demonstrates that panicking and making a hasty decision to sell stock shares is the last thing investors should do — but investors do not always have a strong sense of history or look at the big picture.

Pinsker quotes Sylla as saying, “What I would say history shows you is that a problem like this takes many months and maybe even a couple of years to play itself out…. Wall Street’s idea of history is the last 10 minutes.”