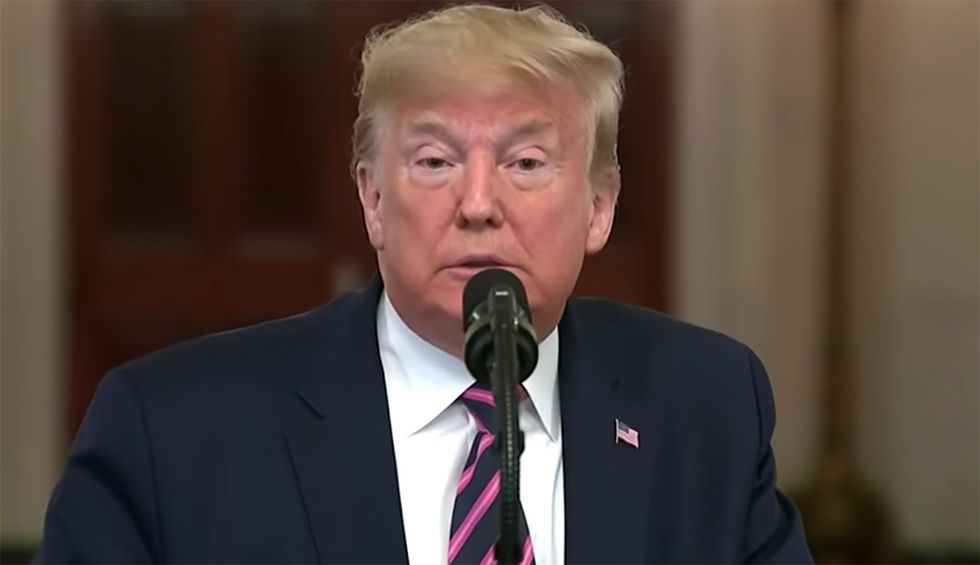 Far-right conspiracy theorist Laura Loomer, known for her anti-Muslim posts on social media and claims that mass shootings are false flag operations, is so extreme that she has even been banned from the Conservative Political Action Conference (CPAC). But that isn’t preventing the 26-year-old Loomer from seeking the Republican nomination in South Florida’s 21st Congressional District, where she is hoping to run against incumbent Democratic Rep. Lois Frankel in 2020’s general election. And Amanda Carpenter takes a look at Loomer’s journey from the “alt-right” fringe to congressional candidate in a February 28 article for The Bulwark.

Carpenter, who is a CNN contributor in addition to her work for The Bulwark, is no liberal: she formerly served as communications director for Sen. Ted Cruz and a speechwriter for Sen. Jim DeMint. But Loomer, as Carpenter explains, is not a run-of-the-mill conservative — other Republicans shunned her in the past, and she has been banned from social media platforms ranging from Twitter to Facebook to Instagram.

As a candidate, Carpenter notes, Loomer’s “plan” is “to present herself as a politically incorrect social media martyr” — and she has reached out to President Donald Trump for help, declaring herself to be a staunch Trumpista.

“Whereas Twitter, Facebook, Instagram, Lyft, Venmo, GoFundMe, Medium, Uber and UberEats have standards of behavior for members, the United States Congress does not,” Carpenter asserts. “‘Member of Congress’ is one of the few jobs where Loomer’s anti-Muslim tweets, musings that mass shootings are false flag operations and outlandish protests aren’t automatic disqualifications. In fact, those positions will probably help her attract a committed, albeit nutty, base of support.”

In May 2019, Carpenter recalls, Loomer appeared on conspiracy theorist Alex Jones’ show — where she “sounded like a woman on the brink” and “wailed like a teenager” after her inflammatory posts got her banned from Instagram and Facebook. But now that she’s running for Congress, Carpenter laments, Loomer’s claim that she is a political martyr “seems to be working. Loomer has transformed from a fringe member of the alt-right internet to someone embraced by people in the highest levels of GOP leadership.”

Carpenter goes on to list some of the Republicans who are now supporting Loomer's campaign — including Trump, whose Mar-a-Lago resort is in her district.

“President Trump has tweeted supportively of her race, his presidential campaign is renting out her e-mail list — and Trump’s 2016 Florida director, Karen Giorno, is managing her campaign,” Carpenter reports. “Republican Rep. Jim Jordan appears to have rented out her list too. And Loomer claims endorsements from high-profile personalities and friends of Trump, including Roger Stone, Jeanine Pirro, Bo Snerdly and Michelle Malkin.”

Moreover, Carpenter adds, Republican Joe Gruters (a Florida state senator and chairman of the Florida Republican Party) “held a press conference with her (in January) to promote legislation that he said was inspired by Loomer. The bill, Stop Social Media Censorship Act, would allow people such as Loomer to sue Twitter for damages if their speech is censored or deleted. It’s commonly known as ‘Loomer’s Law.’”

“Take Laura Loomer’s name out of the picture here,” Carpenter laments, “and you have what appears to be a well-connected, establishment campaign designed for a rising party star.”

The good news is that if Loomer does win the GOP nomination, her chances of defeating Frankel in the general election are slim: Florida’s 21st Congressional District, Carpenter points out, “is safely Democratic” — and in 2016’s presidential election, Hillary Clinton carried that district by 19%. Had the entire state of Florida voted like the 21st Congressional District in 2016, Clinton would have won Florida’s electoral votes hands down.

But Loomer’s “longshot” campaign, Carpenter stresses, is a publicity stunt — and her chances of actually defeating Frankel should she win the nomination are “almost beside the point.” Plus, Trump now claims Florida, not New York City, as his primary residence and can vote in Florida elections.

“If the president of the United States votes for her in 2020,” Carpenter asks, “what further validation does she need?”