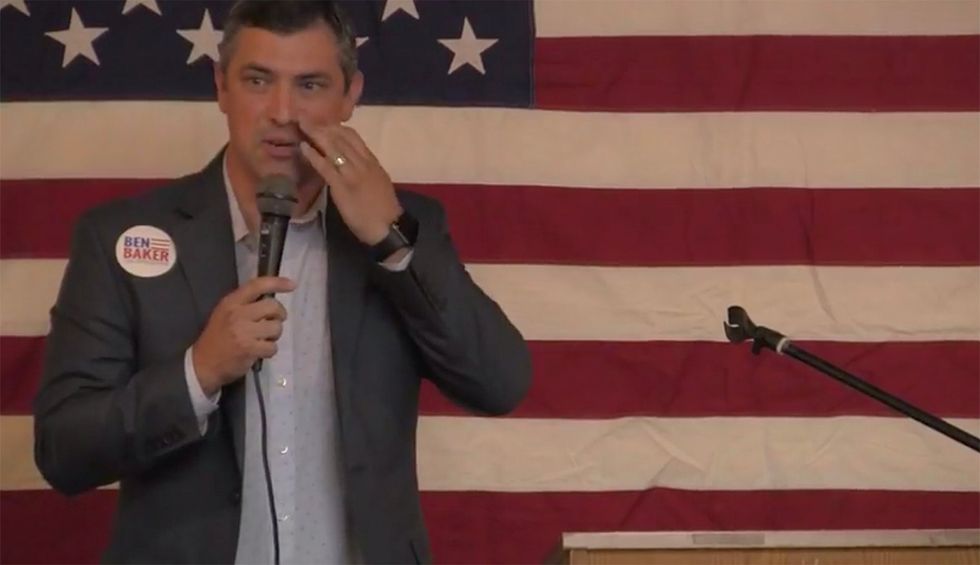 There is a move underway in Missouri to not just ban certain books and library activities, but to jail the librarians who permit them. The Parental Oversight of Public Libraries Act, HB 2044, would establish a five-person parental review board for each of Missouri’s public libraries. The (semi-literate) bill summary is full of typos and terrifying new rules.

It is unknown who wrote the bill’s summary for the state of Missouri, but clearly neither a dictionary nor a spell-checker was in use. That in itself is a strong argument for greater funding of public libraries and public education. But one clause in particular has drawn national attention to this otherwise ordinary piece of state-mandated censorship.

No longer satisfied with simply banning books, the self-appointed intellectual guardians of Missouri have now decided to enforce their viewpoint with the threat of imprisonment. Who does this type of thing, and why?

The “who” is easy. This particular attack on the First Amendment has been orchestrated by Missouri state Rep. Ben Baker, representing District 160. According to his (also typo-ridden) page on the Missouri House website, Baker is “a minister, missionary, former professor and former dean of students at Ozark Bible Institute in Neosho.”

Baker serves on the board of his church, Bible Holiness Assembly of God, and he a past board president of Care Net Pregnancy Resource Center. He is also involved with Ozark Christian Missions and has led mission trips to India, Africa, and Central America.

He holds a bachelor of art degree from Ozark Bible Institute.

The U.S. Department of Education's Office of Postsecondary Education maintains a database of accredited institutions; the Ozark Bible Institute does not appear in that database. And while it is still capable of granting degrees, those degrees’ value is questionable. A search of the college catalog available online does not indicate any standard bachelor of arts degree that one associates with a liberal arts education. The school does, however, offer bachelor’s degrees in Christian education, biblical literature, and Bible studies. Since none of those fields are even tangentially connected to science, I would guess that they have to be considered bachelor of arts degrees.

The school itself is unusual, not only because of its limited course offerings, but also because of its rigid student rules (beginning on page 17 of its handbook). This school is not just homophobic; it is flat-out sexaphobic. A student is not allowed any physical or verbal contact with a member of the opposite sex during the first quarter of their freshman year. Afterwards, the student is allowed eight hours of social time per week, with annual increase in the allotted social time until, finally, during their senior year, a maximum of 12 hours per week is allowed. Should a couple sit together in chapel or at lunch, that time is deducted from their weekly allowance.

Attendance at chapel services (“several each week”), church services, and prayer meetings is, of course, mandatory. Other rules confirm that the Ozark Bible Institute is nothing like other colleges.

The reading of objectionable literature is forbidden. The school reserves the right to inspect any books or literature of any student and to ban literature that is not in harmony with the moral standards and ideals of the school.

Possession of motion picture entertainment media, television sets, video cassette players and recorders, DVD players, or the viewing of any worldly entertainment regardless of its form of storage or method of dissemination in the dorm or in the homes of off-campus students is forbidden.

In addition to long skirts for women, and a minimum of three-quarter-length sleeves for both sexes, the student dress code (pages 28-32 of the handbook) even describes the type of socks that should be worn during the school year. The website Liberapedia calls the Ozark Bible Institute “a North Korea-style boot camp disguised as a Bible College located in Neosho, Missouri. The rules, guidelines and Orwellian-atmosphere far surpass any other Fundie School.”

It is to be expected that an individual who attended this school and then returned to teach and eventually to become a dean of students there has completely incorporated the teachings of this institution into his world view. Censorship of ideas is fundamental to such an institution, and it is not a surprise that Baker would be anxious to extend this concept to the rest of us.

The original impetus for this bill appears to be the representative’s discovery that the immensely popular Drag Queen Story Hour has been presented in libraries and bookstores around Missouri. The Kansas City Star reported,

“In some places -- St. Louis, Kansas City and I think St. (Joseph) -- they’ve had these drag queen story hours and that’s something that I take objection to and I think a lot of parents do,” Baker, R-Neosho, said. “That’s where in a public space, our kids could be exposed to something that’s age-inappropriate. That’s what I’m trying to tackle.”

What is Drag Queen Story Hour? Its website says,

Drag Queen Story Hour (DQSH) is just what it sounds like—drag queens reading stories to children in libraries, schools, and bookstores. DQSH captures the imagination and play of the gender fluidity of childhood and gives kids glamorous, positive, and unabashedly queer role models. In spaces like this, kids are able to see people who defy rigid gender restrictions and imagine a world where people can present as they wish, where dress up is real.

Because DQSH does not use books that he would find objectionable, Baker had to resort to using the broader term “age-inappropriate sexual material” in the bill. The definition of that material in HB 2044 is quite thorough.

any description or representation, in any form, of nudity, sexuality, sexual conduct, sexual excitement, or sadomasochistic abuse that

(a) Taken as a whole, appeals to the prurient interest of minors;

(b) Is patently offensive to prevailing standards in the adult community with respect to what is appropriate material for minors; and

This ensures that the bill can ban more than books. Because one representative attended a “North Korea-style boot camp” that successfully indoctrinated him, drag queens reading books must be prohibited. Or so it would appear. However, there is a group dedicated to overturning Roe v. Wade, the Personhood Alliance, that proudly claims authorship of this bill. From the group’s website:

The Personhood Alliance created the Parental Oversight of Public Libraries Act as model legislation to stop age-inappropriate, sexually charged materials and events from being pushed onto children through public libraries, as promoted by the American Library Association, LGBTQ organizations, and unaccountable local library boards. Several states are now considering this model during their current legislative sessions.

I have been unable to find any other state that has introduced such legislation.

There is a lot more opposition than there is support for the bill. Focusing only on the books, PEN America, which supports the rights of writers, responded to the bill in a press release:

“This is a shockingly transparent attempt to legalize book banning in the state of Missouri,” said James Tager, deputy director of Free Expression Research and Policy at PEN America. “This act is clearly aimed at empowering small groups of parents to appoint themselves as censors over their state’s public libraries. Books wrestling with sexual themes, books uplifting LGBTQIA+ characters, books addressing issues such as sexual assault—all of these books are potentially on the chopping block if this bill is passed.”

The bill has also received pushback from Deborah Caldwell-Stone, director of the American Library Association’s Office for Intellectual Freedom, who included in her remarks, “We were, of course, dismayed and unhappy to see a bill that would essentially put librarians in jail for sharing materials that are constitutionally protected and age appropriate except in the eyes of five people.”

The Missouri Library Association has also spoken out against the bill, saying that it “will always stand against censorship and for the freedom to read”:

We support the American Library Association’s Library Bill of Rights and Freedom to Read Statement. Public libraries exist to provide equitable access to information to all of its users, as it is key to having an informed populace. Public libraries already have procedures in place to assist patrons in protecting their own children while not infringing upon the rights of other patrons or restricting materials. Missouri Library Association will always oppose legislation that infringes on these rights.

Within the past year, attempts to legislatively censor library materials in Colorado and Maine have failed.

Books have always been challenged or banned. The LGBTQ community has suffered the majority of these bannings lately. According to the ALA, of the top 11 books that were challenged or banned in 2018, seven of them dealt with LGBTQ characters or issues. Banning books that tackle issues that these self-appointed guardians of our morality find uncomfortable is nothing new, nor is the LGBTQ community unfamiliar with these attacks—they have been going on for years.

What is new is Baker’s remedy: locking up the librarians. Instead of suggesting that parents devote the time and energy to determine what their children are exposed to, Baker is ready to just prohibit whatever five people on a parental advisory board find offensive. While his preferred reading materials may only encompass a single book, his attempt to force his own form of Christian fundamentalism onto Missouri librarians under penalty of imprisonment is a step too far.

It is perhaps to be expected from the same man who has also proposed bills that require schools to prominently display “In God We Trust” and allow school districts to offer elective courses on the Bible, as well as a bill that allows adoption agencies to discriminate in placing children based on their claims of religious beliefs.

Instead of books and activities, we should consider banning colleges like those Baker attended. Lacking accreditation or oversight, these schools are allowed to brainwash the minds of America's young people, then send them out into the world to impose the beliefs of their sects upon the rest of us. If banning schools is too much, maybe we can just banish their graduates from political office or appointment to our secular government.

Better yet, we can—no, we should—pay more attention to the backgrounds of those running in our local and state elections. Those elections may never have the cachet or the prestige of a presidential race, but they often have a much greater impact on voters’ daily lives—how we are allowed to practice our faith, control our bodies, or read whatever we want.