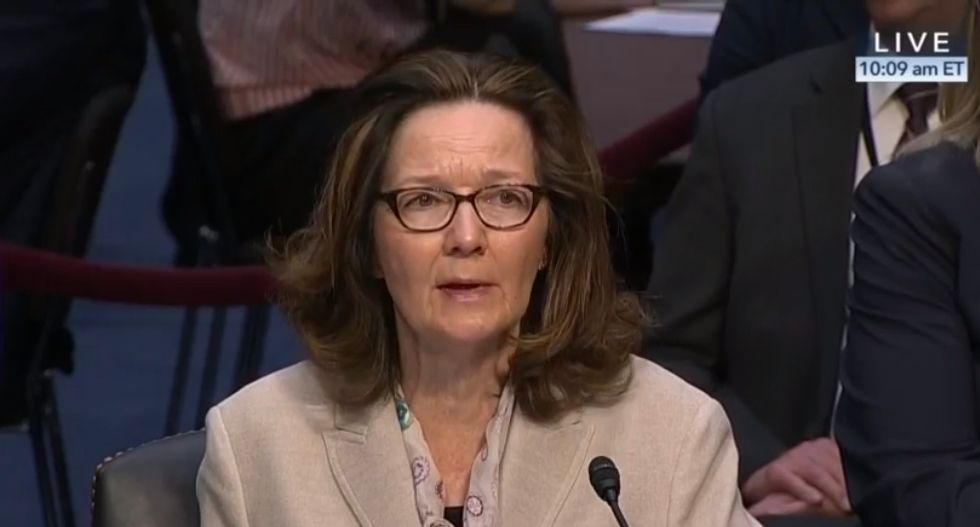 The Central Intelligence Agency (CIA), founded in 1947 under President Harry Truman, has been in existence for 73 years and has dealt with foreign intelligence under 13 different presidents — the most recent being Donald Trump. In a February 10 article for Just Security, Douglas London (a retired CIA senior operations officer who left in 2018) takes a look at the state of the agency in the Trump era. And London, who now teaches at Georgetown University in Washington, D.C., laments that in the last few years, the CIA has been acting in Trump’s interests more than in the foreign intelligence interests of the United States.

Mike Pompeo, now secretary of state in the Trump Administration, served as CIA director from January 2017 to April 2018 — and London recalls that when Pompeo was in charge of the CIA, “anything that could somehow embarrass the president or make him appear weak had to be avoided.”

The former CIA operations officer explains, “Pompeo prioritized shielding Trump from news he didn’t want to hear, an approach to the job that sometimes subjugated the country’s interests to those of the president. Concerned more about his own standing with the president, Pompeo also refused to provide the CIA workforce with any words of support in the face of Trump’s repeated attacks on it — fearing such encouragement would anger Trump.”

Under Pompeo, London asserts, the CIA was “less about substance, and more about atmospherics.”

Gina Haspel became director of the CIA in 2018, and London candidly states that she is “more competent and well-qualified” to head the agency than Pompeo. But even though London clearly has a higher opinion of Haspel than he has of Pompeo, he stresses that Trump’s interests are still being prioritized in the CIA.

“Those of us who have worked with Haspel over the years had little expectation that she would push back against this president,” London laments. “It’s not been in her nature to take such stands against authority, as the record shows in her ascendency. Neither will the images of her enthusiastic applause during the president’s State of the Union speech be lost on CIA’s workforce, particularly when juxtaposed with the absence of any such visible hero worship betrayed by the Joint Chiefs of Staff, who were also in the audience.”

Nonetheless, London applauds Haspel for speaking out about the murder of journalist and Washington Post columnist Jamal Khashoggi at the hands of Saudi agents in Istanbul, Turkey in 2018.

“To her credit, I believe Director Haspel has faithfully represented the CIA’s reporting and assessments, as evidenced by the strong stand she took after Jamal Khashoggi’s murder,” London observes. “She is smart, substantive, more interested in details than her predecessor, and open to receiving greater input. Still, like Pompeo, Haspel does not tend to include the participation of more substantive officers in briefings as other directors have done. But unlike Pompeo, Haspel is a voracious reader and savvy as both an intelligence consumer and practitioner.”

London concludes his article on a troublesome note, pointing out how harmful Trump’s presidency has been to the CIA.

“The CIA’s workforce will persevere, but it is not unbreakable,” London warns. “Operating in a gray, dangerous world in which neither sacrifices nor achievements can ever see the light of day is challenge enough. Doing so for a president who sometimes views the CIA as his enemy — and is quick to place its cadre, and those they’ve vowed to protect, in harm’s way for the sake of a political win — might be asking too much.”