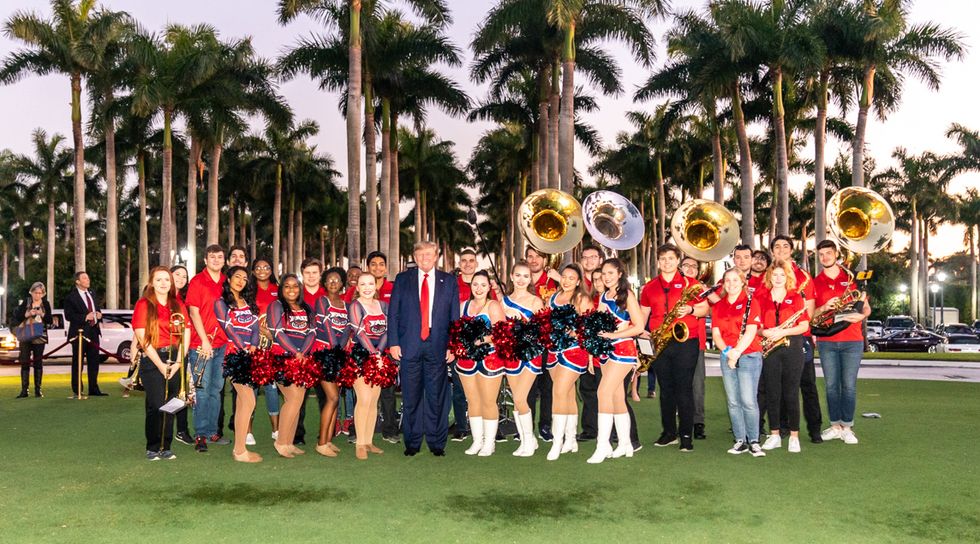 Whenever any president travels, it’s going to cost the American taxpayers money. That’s a given. But when Donald Trump travels it not only costs the taxpayer a little bit more money than usual, a ton of that money always seems to find its way into Donald Trump’s businesses.

Over Super Bowl weekend, Trump traveled back to his Florida resort, Mar-a-Lago, to celebrate with the kinds of people that celebrate things with Donald Trump. And according to Huffpost, Trump’s trip to the Sunshine State cost taxpayers $3.4 million.

Trump got a few things accomplished while on his 28th trip as president to Mar-a-Lago: he campaigned, he did whatever the hell this is during the singing of the “Star-Spangled Banner,” and he spent approximately two-and-a-half hours watching the Super Bowl with Mar-a-Lago club members.

It’s not simply that the trip cost taxpayers money. It’s that it cost more money than it needed to, on top of also being a personal business trip of sorts for his never-ending campaign. Robert Weissman, president of the nonprofit consumer advocacy organization Public Citizen, told HuffPost,  “He could have saved money by chartering a plane and flying club members to watch the game at the White House.”

The golf trips Trump has taken all over the world have cost American taxpayers extraordinary amounts of money. His security detail has had to outfit and rent specialized golf carts from Trump’s businesses in order to do their job. Plus, Trump has shown that he only lies more and more the longer he is in office, so while he has spent one-third of his presidency playing golf, that percentage is sure to skyrocket if he gets a second term in office.