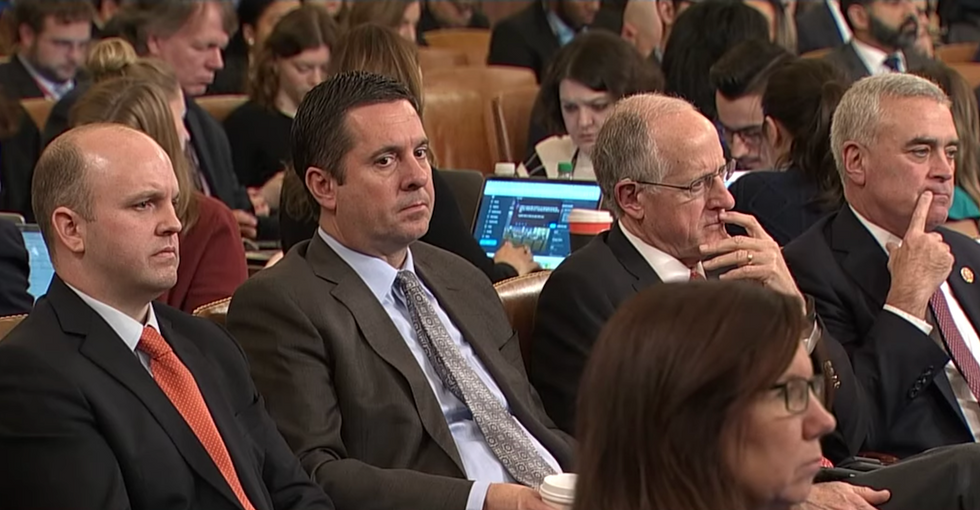 Although California became even more of a blue state in the 2018 midterms, Rep. Devin Nunes was among the Republicans in the state to be reelected. But Nunes’ hometown newspaper, the Fresno Bee, is hoping that he won’t win another term in 2020 — and in a February 3 editorial, the publication’s editorial board recommends Democrat Phil Arballo over Nunes.

Before 2018, the Fresno Bee notes, Nunes “had previously received the paper’s recommendation in every campaign since he was first elected in 2002.” But that changed in 2018 because Nunes, according to the Bee, “became obsessed with defending President Donald Trump against the Mueller investigation, to the point of violating well-established protocol while running the powerful House Intelligence Committee.”

The Bee goes on to assert that the far-right congressman has “continued to fail his district and has peddled wild conspiracy theories about how Democrats are out to get the president. He does so despite the fact that Congress is an independent branch of government. And he has not seriously considered whether any of the points Democrats have made in the impeachment process might be legitimate; not even once has he opened his mind to the possibility that Trump used the office of the president to conduct foreign affairs for his own personal gain.”

Nunes represents California’s 22nd Congressional District, which is in the central part of the state and includes areas of Fresno County as well as Tulare County. And that district, the Bee stresses, needs a congressman who cares about local voters as much as he cares about defending Trump.

“The 22nd District deserves someone who fulfills the oversight role of Congress,” the Bee asserts. “And the district needs someone whose focus is supporting the people of Tulare and Fresno Counties, not defending the person who occupies the White House.”

In a March 3 primary, Democratic voters in Nunes’ district will decide whether they want Arballo or another Democrat to take on Nunes in the general election. The Bee, in its endorsement of Arballo, says, “He’s Latino, with grandparents who immigrated from Mexico for better opportunities here. His ethnicity is relevant in a district where 46% of the residents are Latino.”