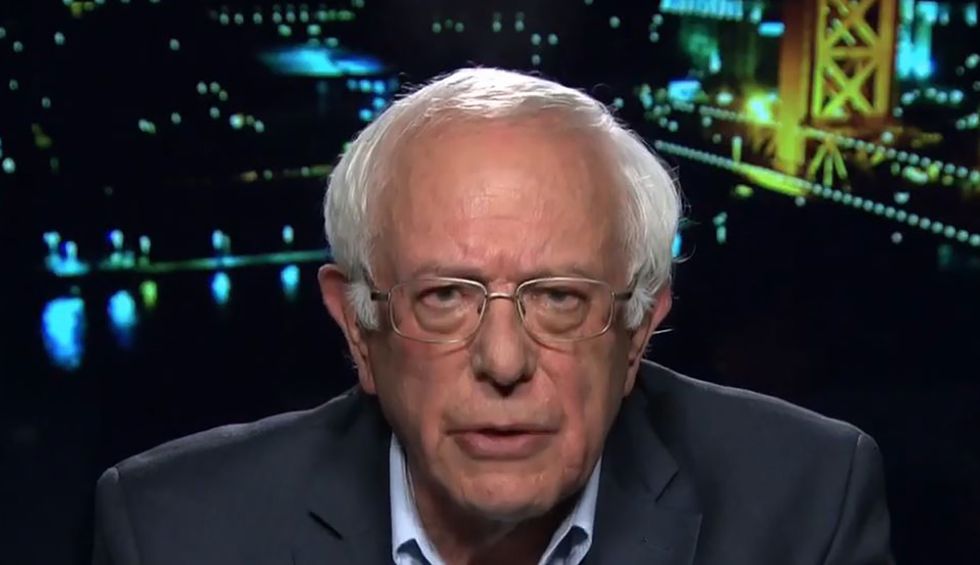 After debate rules were changed in favor of allowing billionaire Mike Bloomberg to join the candidates onstage vying for the 2020 Democratic presidential nomination on Friday, Sen. Bernie Sanders' campaign hit back, calling the decision emblematic of the corrupt political system the Vermont senator has centered his run for the White House on defeating.

"To now change the rules in the middle of the game to accommodate Mike Bloomberg, who is trying to buy his way into the Democratic nomination, is wrong," Sanders senior adviser Jeff Weaver told Politico. "That's the definition of a rigged system."

The Democratic National Committee (DNC) announced Friday afternoon that the criteria for making the debate stage will no longer include a requirement about individual donors—allowing Bloomberg, whose campaign is largely self-funded, to join the candidates if his polling numbers reach the new threshold.

"DNC changing the rules to benefit a billionaire," tweeted Sanders campaign manager Faiz Shakir. "I much prefer Democrats being a grassroots party. And under Bernie Sanders, that's the way it will be."

Candidates will need to earn at least 10% in four polls released from Jan. 15 to Feb. 18, or 12% in two polls conducted in Nevada or South Carolina, in order to participate in the Feb. 19 debate in Las Vegas. Any candidate who earns at least one delegate to the national convention in either the Iowa caucuses or New Hampshire primary will also qualify for the Nevada debate.

Some observers noted the timing of the change and wondered if it was part of a coordinated attack on Sanders from both the DNC and Bloomberg.

The debate rules have been a source of contention throughout the primary process, with some former hopefuls like Sen. Cory Booker (D-N.J.) and former Housing and Urban Development Secretary Julián Castro questioning the restrictions on polling and donors as prohibitive to their campaigns.

Progressive strategist Tim Tagaris wondered what could have been different if not for the qualifications.

"How much money did candidates like Julián Castro and Cory Booker have to spend chasing donor thresholds that could have been spent building organizations in early states?" said Tagaris.

Comedian and writer Jack Allison took a wry look at the changes and what they mean about the party.

"Remember when they wouldn't even think of changing them for like Cory Booker," Allison tweeted. "This is what we mean when we talk about the DNC cheating, obviously and out in the open."

"Thankfully seeing Bloomberg speak can only hurt his standing," Allison added, "but still."