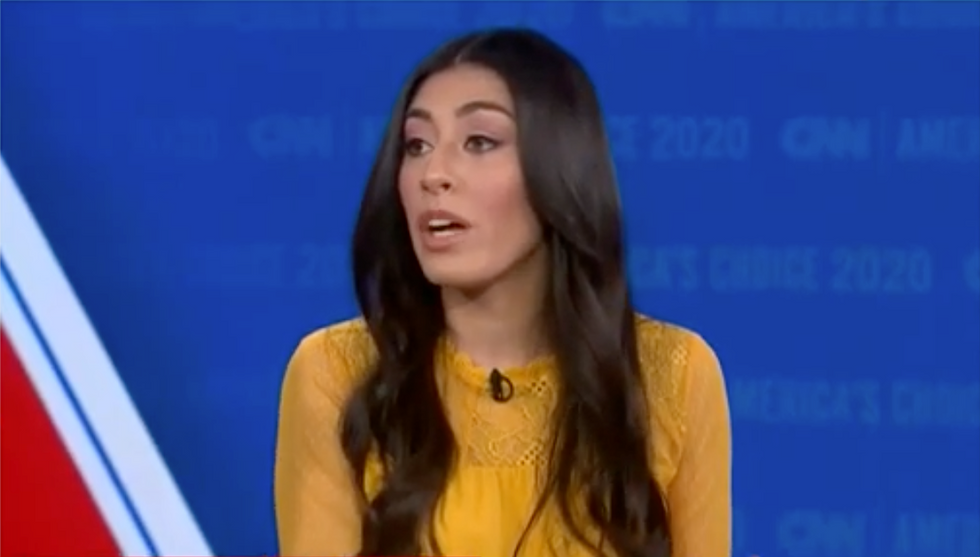 On Saturday, Sen. Bernie Sanders had a decisive victory in the Nevada caucuses. As the results came in CNN put together a panel to discuss Sanders’ popularity. While Cooper and others discussed the differences between moderates and progressives, the executive director of Justice Democrats and former Sanders campaign organizer Alexandra Rojas gave some of the simple facts that many in the media seem to not have internalized. Most people are struggling, or are close to those that are.

ALEXANDRA ROJAS: I was going to add in to add another perspective because I think we get so caught up in the moderate versus progressives that we forget that people are rationing insulin right now. That 60% of Americans can't afford an $800 emergency bill and that despite those ideological differences, we had 62% of people say they want a government-run healthcare system.

ROJAS: In Nevada. That's been the trend we have been seeing in white states and now we're seeing it in diverse states. And so, I would make sure all of our politicians are centering the poor and working people that are the core of our Democratic Party and the diverse base that really is the next generation of Democratic voters—those young latinos are going to represent a growing block that’s going to match boomers.

Democratic officials have been trying to offer up real solutions to our skyrocketing drug costs for a while now. But, without control of both the legislative and executive branches, it has been a tough haul. Having a universal healthcare system is neither the only solution nor is it the entirety of the problem, but people are literally dying because of it. For the majority of Americans, more has to be done, and weak promises of bringing the ACA back to where it was before Trump and his Republican hooligans got their hands on it is just not enough for most Americans.