Chris Wallace corners Pence aide on Russia attacks: ‘You can’t say it didn’t happen — and then say they leaked it’ 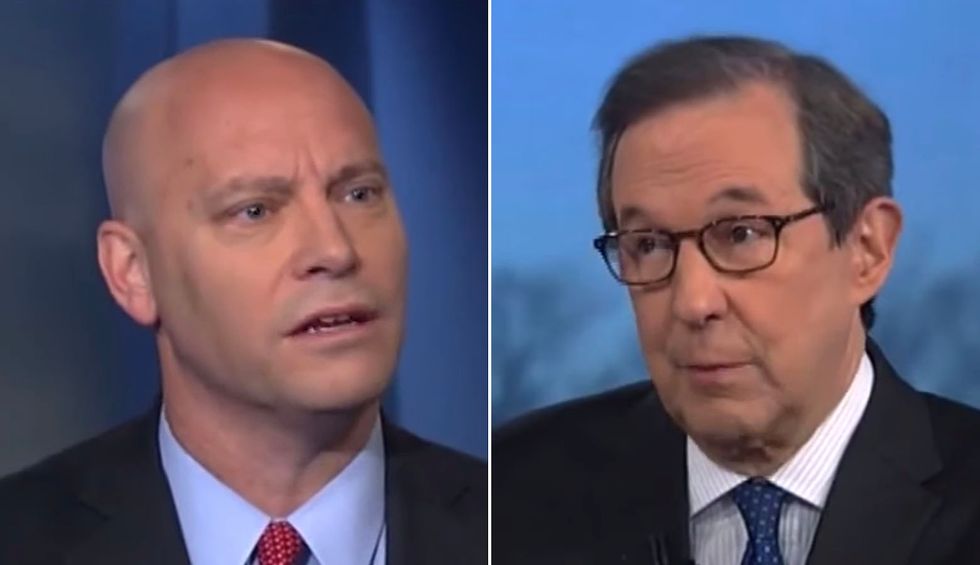 Fox News host Chris Wallace called out Marc Short, an aide to Vice President Mike Pence, after he insisted that there is no intelligence that shows Russia has a preference for President Donald Trump in the 2020 election.

“There’s not intelligence that said the Russians are trying to help Donald Trump win elections,” Short said during an interview on Fox News Sunday.

“And that is that Shelby Pierson, who is the intelligence community’s election security czar, told Congress that the Russians are trying to help Donald Trump,” he added. “The president’s reaction was to call in her boss — acting DNI chief Joe Maguire — to fire him and to replace him with Ambassador Richard Grenell. a Trump partisan who has almost no intelligence experience.”

“You say none of this happened?” Wallace asked Short.

The White House aided, however, pivoted to complain that information about Pierson has been leaked from the House Intelligence Committee.

“You can’t say it din’t happen and then say they leaked it,” Wallace noted. “Just wait a second. You’re denying that Shelby Pierson, who is the election security czar, you’re denying that under questioning from Democrats, she gave any indication that the Russian efforts to meddle in the election was because they have found a preference for President Trump.”

“That was a classified briefing,” Short replied.

“You did just classify it and say there’s no intelligence!” Wallace interrupted. “You’re not denying that’s part of the briefing she gave to the committee.”

“I don’t understand,” the host added. “You’re saying it’s not true and they leaked it.”