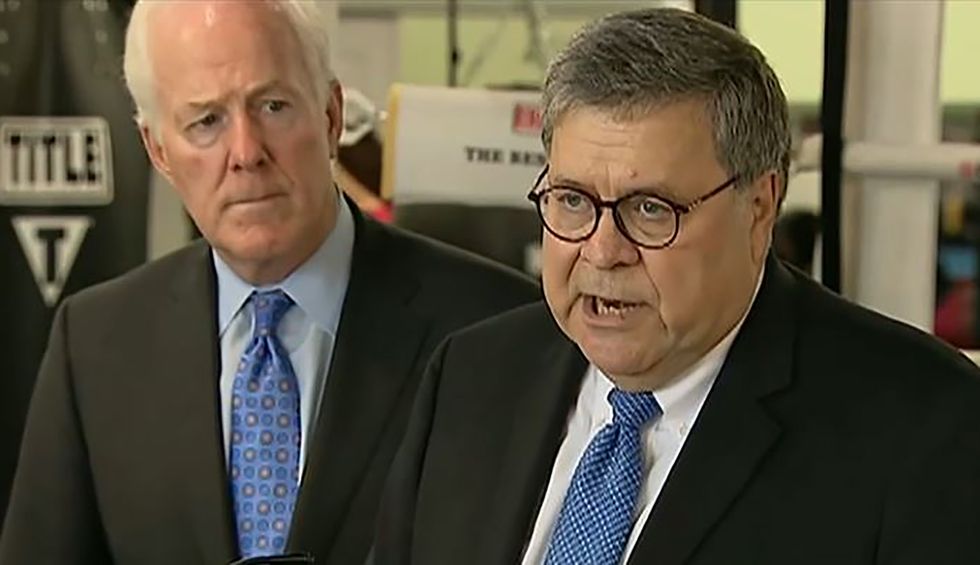 Attorney General Bill Barr has launched an all-out attack against sanctuary cities, claiming they are endangering national security. The AG says he will allow the Dept. of Homeland Security to issue “federal subpoenas to access information about criminal aliens in the custody of uncooperative jurisdictions,” Fox News reports.

Barr says the DOJ is targeting the State of New Jersey and King County, Washington, and will be “reviewing the practices, policies, and laws of other jurisdictions across the country.  This includes assessing whether jurisdictions are complying with our criminal laws, in particular the criminal statute that prohibits the harboring or shielding of aliens in the United States.”

In addition to targeting certain state and local governments, Barr appears to be making the targeting personal, declaring, “we are meticulously reviewing the actions of certain district attorneys who have adopted policies of charging foreign nationals with lesser offenses for the express purpose of avoiding the federal immigration consequences of those nationals’ criminal conduct.  In pursuing their personal ambitions and misguided notions of equal justice, these district attorneys are systematically violating the rule of law and may even be unlawfully discriminating against American citizens.”

Fox News calls the program “a ‘significant escalation’ against left-wing local and state governments that obstruct the ‘lawful functioning of our nation’s immigration system.'”

But at least one expert takes that one step further.