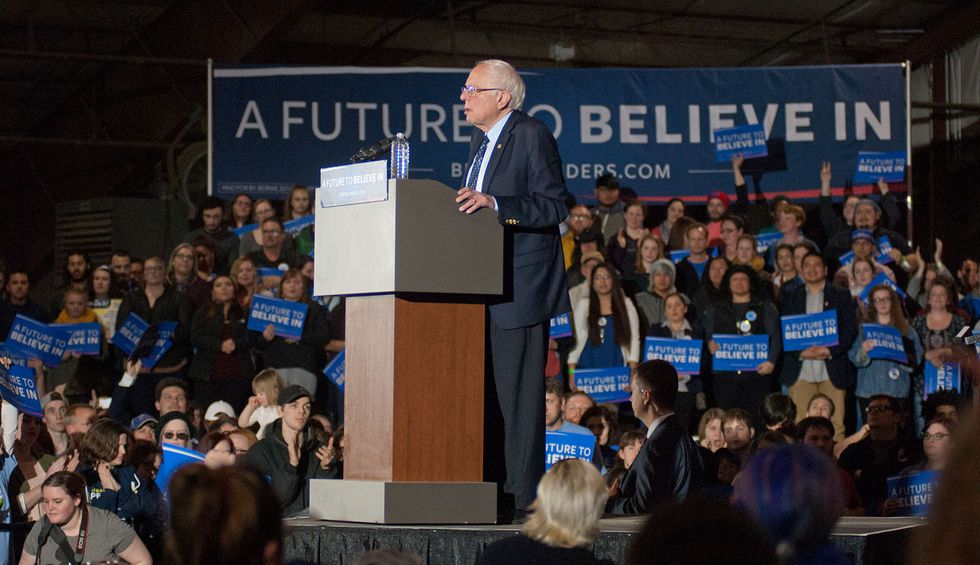 Fifty-two years after young people changed history with the New Hampshire primary election, a new generation is ready to do it again—this time by mobilizing behind Bernie Sanders.

During early 1968, thousands of young people volunteered in New Hampshire to help the insurgent presidential campaign of Democratic Sen. Eugene McCarthy—who went on to stun the party establishment by winning 42 percent of the state’s primary vote against President Lyndon Johnson’s 49 percent. Three weeks later, Johnson announced that he would not run for re-election.

The strategy has been methodical. “People involved with NHYM have been canvassing nonstop,” the state director of the organization’s field program, Dylan Carney, told me. “We’ve gathered over 9,500 pledge-to-vote cards from people aged 18 to 25 and will be working to get them voting for Bernie Sanders on Feb. 11th.”

I asked Carney for his assessment of why polling nationwide shows young people prefer Sanders over every other Democratic contender by a lopsided margin.

“Sanders is a movement candidate—who will be accountable to our generation,” Carney replied. “He has proven that he is aligned with the version of the world that we want to create. And since before our generation was born, he was fighting the injustices that we are fighting today.”

New Hampshire Youth Movement is a natural ally of the Bernie 2020 campaign, as the organization’s website makes clear:

After living in New Hampshire for all of his 23 years, Dylan Carney is keenly aware that the state’s margin of victory often hinges on a small number of votes. When he says that “we have the reach to turn out 10,000 young voters for Bernie Sanders,” he quickly adds that Hillary Clinton beat Donald Trump in New Hampshire by only a few thousand votes in 2016 while the incumbent Republican Sen. Kelly Ayotte was unseated by just 1,017 votes.