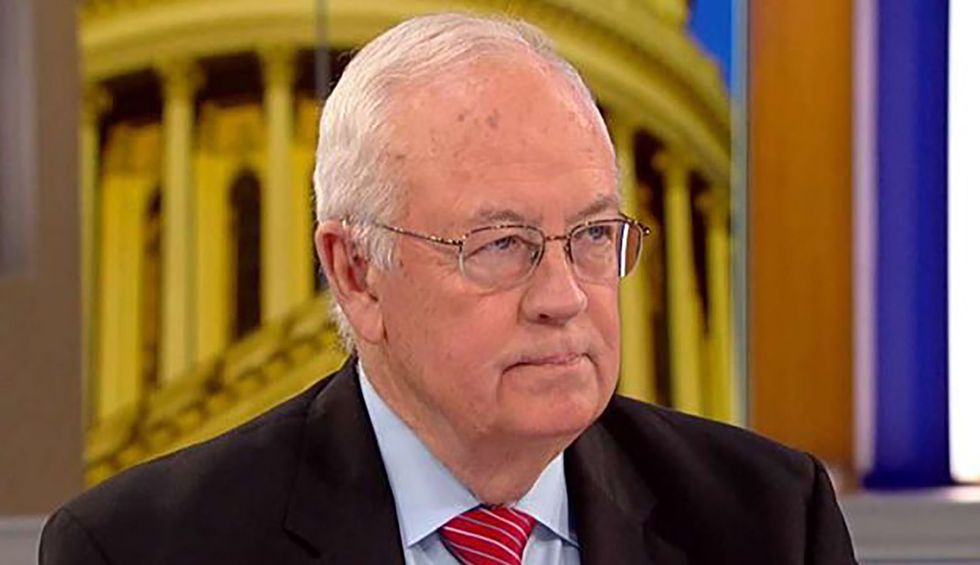 One of the attorneys representing President Donald Trump in his impeachment trial will be very familiar to those who remember President Bill Clinton’s impeachment in the late 1990s: former Independent Counsel Kenneth Starr. But in a new video unearthed on Friday, Starr can be seen making arguments during the Clinton impeachment that are quite detrimental now to Trump's own defense.

Republicans for the Rule of Law, an organization of anti-Trump conservatives, tweeted an old C-SPAN clip on Friday of Starr discussing Clinton and executive privilege. In the clip, a younger Starr told Congress: “The president and his administration asserted three different governmental privileges to conceal relevant information. The privilege assertions were legally baseless in these circumstances. They were inconsistent with the actions of Presidents Carter and Reagan in similar circumstances, and they delayed and impeded the investigation.”

This is particularly awkward because, during the Ukraine scandal, Trump has been forcefully asserting executive privilege and claims to immunity in an effort to stymie the investigators.

Trump, making sweeping and unfounded privilege assertions last year, ordered administration officials to defy subpoenas for testimony and documents issued by House investigators. And on December 18, the U.S. House of Representatives indicted Trump on two articles of impeachment: one for abuse of office, the other for obstruction of Congress. House Speaker Nancy Pelosi gave both of those articles to the Senate this week, thus clearing the way for an impeachment trial.

Starr's arguments from the Clinton impeachment in the video above apply with even more force now against Trump and in favor of convicting Trump on the obstruction article.

Attorney Neal Katyal, who served as acting solicitor general under President Barack Obama, saw Republicans for the Rule of Law’s tweet of the Starr clip and asserted, “Starr sought to impeach Clinton for abusing executive privilege and obstructing the investigation, and yet, what Trump did was orders of magnitude worse. Not even close.”