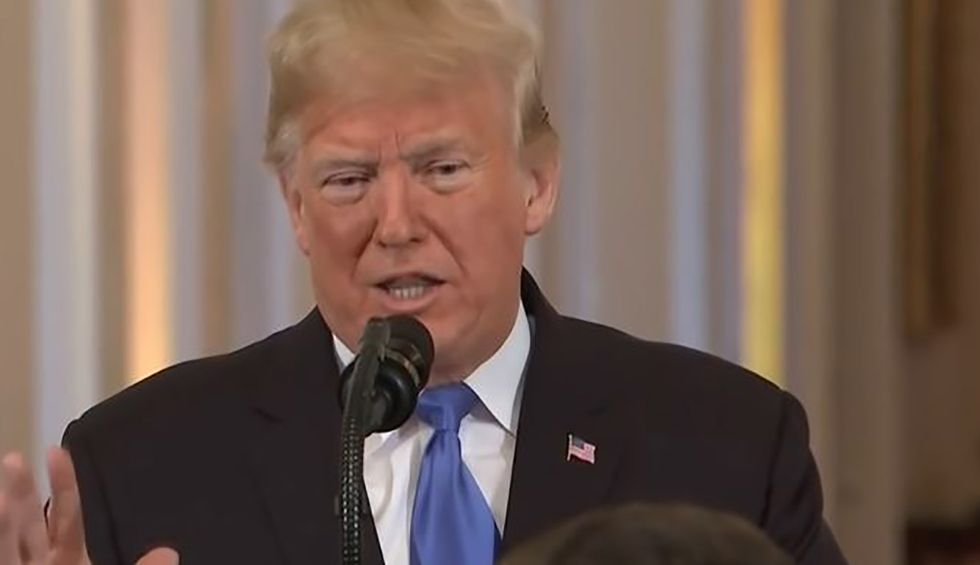 Ford went on to lose his reelection bid to former President Jimmy Carter even though his approval rating had risen by election day to 43.6 percent, which is one point higher than where Trump stood at the start of the year.

This doesn’t mean Trump is doomed, however. Former President Barack Obama entered 2012 with a similarly uninspiring approval rating of just 45.7 percent, but saw it rise to 49.5 percent by election day.

“Trump’s current approval rating doesn’t sound a clear signal one way or the other on the question of his reelection — but it does maybe hint that he starts off the new year at a disadvantage,” Rakich concludes.

One interesting aspect that Rakich didn’t include in his analysis is Trump’s disapproval rating, which at the moment is higher than any other president at this point in their terms.

Looking at FiveThirtyEight’s historical charts, Trump’s current disapproval of 53 percent is higher than the disapproval rating either Ford or Obama ever reached in their first terms. What’s more, Trump’s disapproval rating has been above 50 percent after his first two months in office, which makes him unprecedentedly unpopular in modern times.