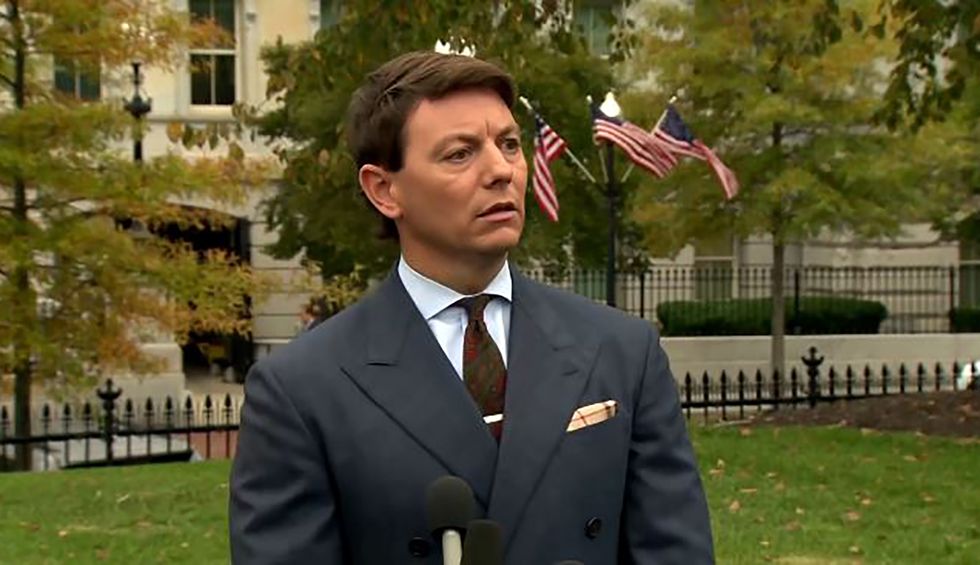 One of the “justifications” that officials in President Donald Trump’s administration have been using to defend the killing of Qasem Soleimani is that the Iranian military commander was planning “imminent attacks” against the United States, even though that explanation has crumbled since it was first rolled out.

On Friday, Hogan Gidley (principal deputy press secretary to Trump) reiterated the administration’s “imminent attacks” assertion without evidence, but he then went on to hit back at critics by saying that when President Barack Obama “killed” al-Qaeda leader Osama bin Laden and Libyan dictator Moammar Gadaffi, he did so “without congressional approval."

This factually challenged claim drew a lot of criticism on Twitter for Gidley.

Soleimani was, in fact, planning "imminent attacks." While Democrats and the media quibble over its definition, qui… https://t.co/ZnNnZBfBsk
— Hogan Gidley (@Hogan Gidley) 1578678352.0

Politico reporter Andrew Desiderio, responding to Gidley, tweeted that Gadaffi, the late Libyan dictator, “was not killed by the United States” — and the 2011 operation that killed bin Laden, according to Desiderio, came under the Authorization for the Use of Military Force (AUMF).

“Reporters are asking questions about the ‘imminent attacks’ because that was the administration’s stated justification for taking out Soleimani,” Desiderio added.

The Washington Post’s Shane Harris tweeted that Obama’s administration “consulted members of Congress in advance of killing bin Laden.” And Gadaffi, Harris pointed out, was “killed by a mob,” not Obama.

Susan Hennessey, executive editor of Benjamin Wittes’ Lawfare website and a legal/national security analyst for CNN, said of Gidley’s tweet, “Beyond this being factually false, it also completely ignores the fact that Obama was candid with Congress about the factual underpinnings of the threat, whereas Trump appears to be obfuscating and lying.”

She also pointed out that the drone killing of Anwar al-Awlaki, an American citizen who U.S. officials said was a member of al Qaeda, was in fact very controversial and generated pushback against Obama even from within his own party.

@ICanBeAHandful, in response to Gidley, tweeted, “Is pathological lying a requirement to working in this administration? Have you gotten a performance bonus?” And @spdustin posted, “Osama bin Laden wasn’t a general of a sovereign nation,” while @sadielou01 posted, “Where does the WH find you guys? Do you all have to have flunked history for consideration?”

@Joshtpm chastised Gidley, “Dude, can you do the basic level of homework to know that ‘Obama’ didn’t kill Gaddafi? He was caught by a rebel militia and executed, you ridiculous goof.”

Didn't "ask or care"? The legality of the Awlaki strike was a huge political issue. It was such a significant conce… https://t.co/OtpGi8lGku
— Susan Hennessey (@Susan Hennessey) 1578684952.0

@shaneharris It is also significant to point out that Osama bin Laden was not an official of a sovereign state.
— Dudley's Mom (@Dudley's Mom) 1578685189.0

@hogangidley45 In the Trump White House, history can be whatever you want it to be, just follow your dreams
— Clue Heywood (@Clue Heywood) 1578687176.0