Trump bragged his wall couldn’t be knocked down. A long section just got blown over by the wind 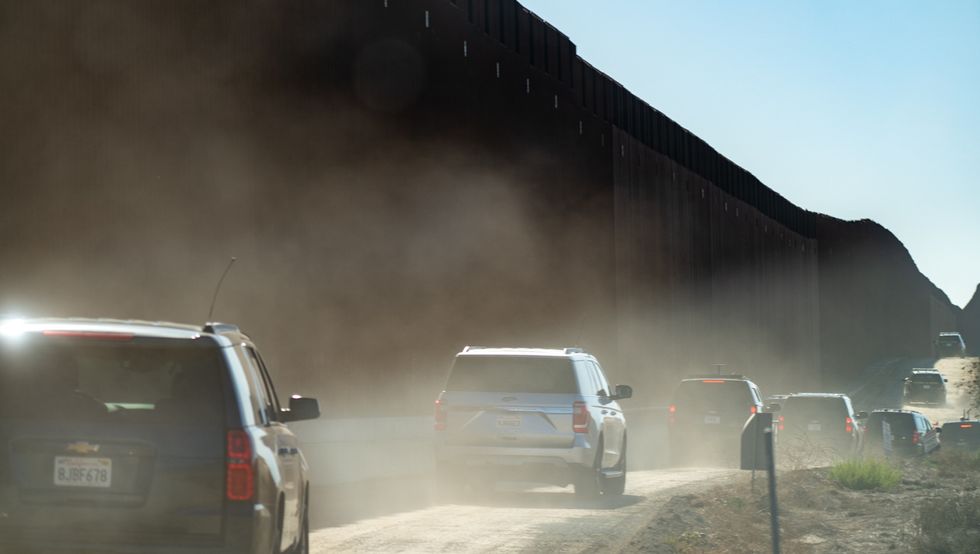 How’s that (in)famous Trumponian border wall going, you ask? Swimmingly! NBC affiliate KYMA reports that a 130-foot section of Trump’s newly built wall has fallen over into a tree-lined street in Mexicali, Baja California. Mexicali police told the news outlet that it fell on the Mexico side of the border, just before noon Wednesday.

CNN reports that high winds are being blamed for what the Trump administration probably considers a national security threat. The good news is that no injuries or damage seem to have occurred. No word on whether Donald Trump’s or Stephen Miller’s egos were hurt.

In September, when he was visiting the border wall in this very area, Trump told the press “I wanted them to show you the interior of parts of the wall and what’s inside of each individual slat. And you’ll see it’s a combination of steel, concrete, and—as one of the folks just said—it really is virtually impenetrable. Any walls that were put up would get knocked down very quickly, very easily. This wall is not something that can be really knocked down.”

The high winds responsible reached somewhere around 37 mph, and as climate change continues, this probably won’t be the last time we see winds at that speed, and likely higher. That doesn’t bode well for those “Build that wall!”-chanting MAGAheads who believed Trump and his foolish cult of personality could achieve anything more than a xenophobic propaganda scam.