'That's not what you said then!': Alan Dershowitz crashes and burns when confronted with his own words on impeachment 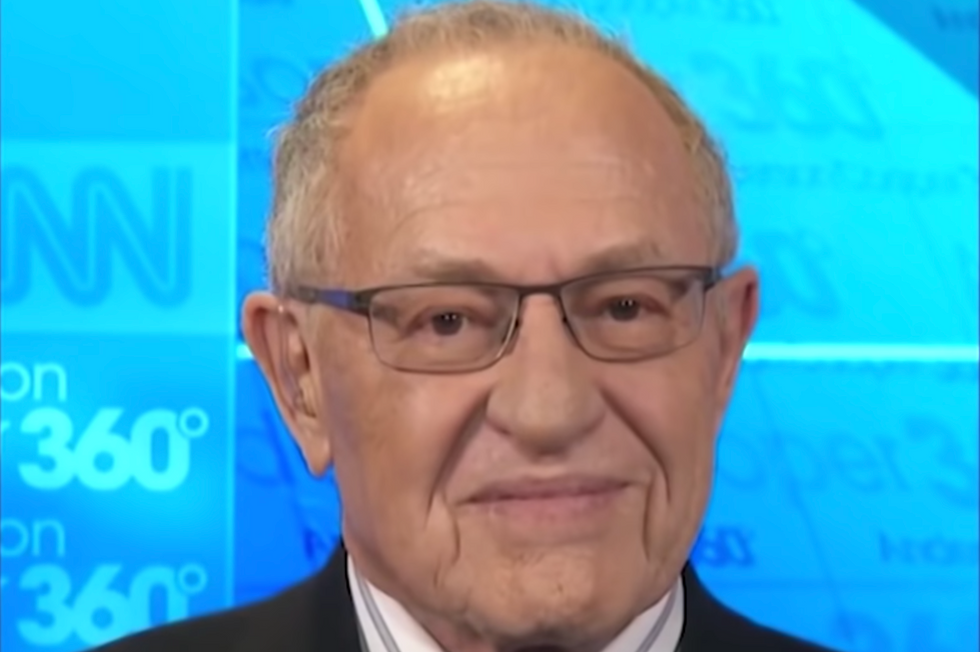 Prominent attorney Alan Dershowitz has thrust himself back into the spotlight for President Donald Trump's impeachment trial as he plans to present a constitutional argument to the lawmakers urging them to vote for acquittal. The White House doesn't seem to mind that Dershowitz is tainted by his ties to Jeffrey Epstein; two women who say they were trafficked by Epstein have said they were made to have sex with Dershowitz, which the attorney denies.

And as all this hangs over his head, Dershowitz is making increasingly strained defenses of Trump. When Trump was facing accusations based on Special Counsel Robert Mueller's report of obstruction of justice, Dershowitz made the argument that a president simply cannot obstruct justice. Now that Trump has been impeached on charges of obstructing Congress and abuse of power, Dershowitz says that these charges, too, are not sufficient for impeachment.

While he's previously defended Trump by suggesting the president can only be impeached for actual crimes, he now seems to be reverting to the bizarre and unexplained position that the charges have to be "crime-like."

But it's not really clear what this means. And when he tried to defend his views on CNN with legal analyst Jeffrey Toobin and host Anderson Cooper, Dershowitz floundered — especially when confronted with his own past statements.

Cooper played an old clip of Dershowitz in 1998 in which he said of impeachment: "It certainly doesn't have to be a crime. If you have somebody who completely corrupts the office of president, and somebody who abuses trust, and who poses great danger to our liberty, you don't need a technical crime."

Cooper added: "You also recently said: 'Without a crime, there can be no impeachment.'"

"You don't need a technical crime," Dershowitz said. "I've said right from the beginning: You need criminal-like behavior, akin to bribery and treason."

"That's not what you said then!" Cooper responded.

Dershowitz then confirmed that he didn't think that his 1998 comments about corrupting the office of the president actually described impeachable behavior.

"So you're saying you were wrong back then?" Cooper asked.

"I'm much more correct right now having done all the research," Dershowitz replied, prompting baffled amusement from Cooper and Toobin. "I wasn't wrong, I"m just far more correct now than I was then."

He also lashed out and called Toobin and Cooper bullies, and chastised them for interrupting him, despite the fact that he repeatedly interrupted others.