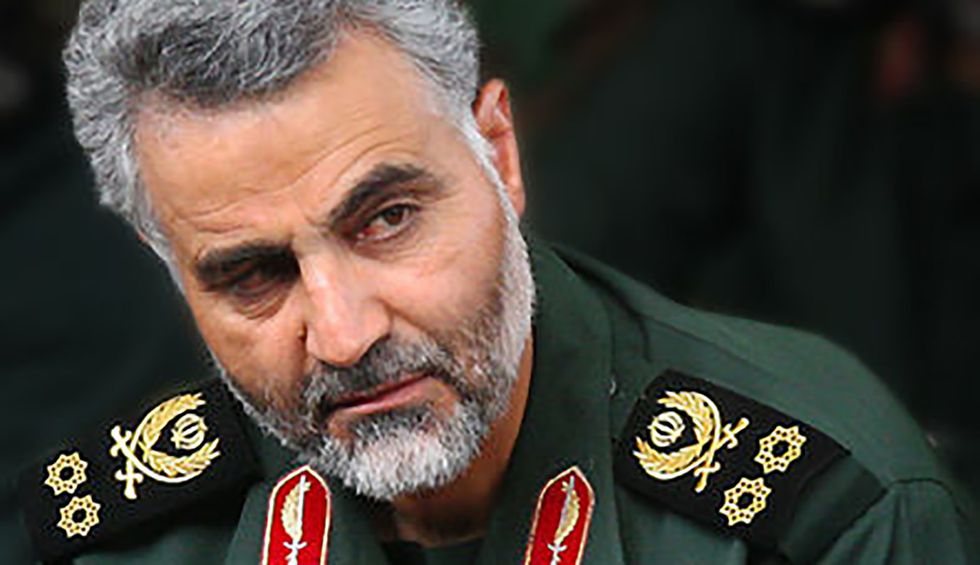 According to a report at the Daily Beast, plans to go after Iranian military leader Qassem Soleimani were months in the making and, after Donald Trump ordered his assassination, Pentagon and State Department officials were forced to scuttle their plans to handle the fallout because of how the president reacted in the aftermath.

The reports states, “The ensuing days became a mad dash to reconcile the intense intra-administration tensions over what the intelligence actually said about Iranian plots, and how best to sell their case to the American public. At the very top was a president who stewed and complained to staff about how the killing he’d just ordered might negatively affect his re-election prospects and ensnare him in a quagmire in the Middle East of his own creation.”

Plans for Soleimani were in the works for months, the report notes, and after the president chose the option of killing the popular Iranian leader and put it in motion not everyone was on the same page about how to sell it to the public.

“There was this sudden nature about it all. Yeah, it had been in the works for some time. But it didn’t feel like we were all thinking the same on how to move forward,” explained one U.S. official. “It was like, ‘OK, now what?’”

“For more than a week, Trump, Pompeo, Vice President Mike Pence and officials from the national security community, including at the Pentagon, held twice-daily meetings and conference calls to make sure all government agencies were on the same page regarding messaging, according to two individuals familiar with those conversations. Despite that effort, what resulted appeared to be an uncoordinated effort to justify an action by national security officials who were varied in their answers about the pre-strike intelligence and who struggled to define the administration’s strategy on Iran post strike,” the report states. “That internal confusion on how to re-frame the administration’s approach to dealing with Iran led to weeks of what appeared to be frequent mixed messaging, critiques about the administration’s apparent lack of strategy, calls from Congress for more robust intelligence briefings—and allegations that Trump and his lieutenants were actively misleading a nation into a sharp military escalation.”

The report notes, due to lack of longterm planning, the White House was not ready for the pushback which led to Trump — and senior administration officials “overselling” the reasons for the deadly strike.

“Officials at the State Department, in coordination with the White House, drafted talking points advising those who would appear in the media to underscore Soleimani’s ‘malign activities’ and his role in killing American troops over the years, according to two U.S. officials,” the report notes. “But the White House wanted to advance a different argument—one that wasn’t about what Iran had already done, but what U.S. officials claimed Iran was about to do. They said the U.S. killed Soleimani because he was planning ‘imminent’ attacks that would harm American interests.”

That, in turn, led to disastrous cable news appearances by Defense Secretary Mark Esper and Secretary of State Mike Pompeo who were unable to back up the president’s claims of multiple embassies facing threats which has now led to calls for an investigation into whether the president ordered the strike to take attention away from his pending impeachment trial.