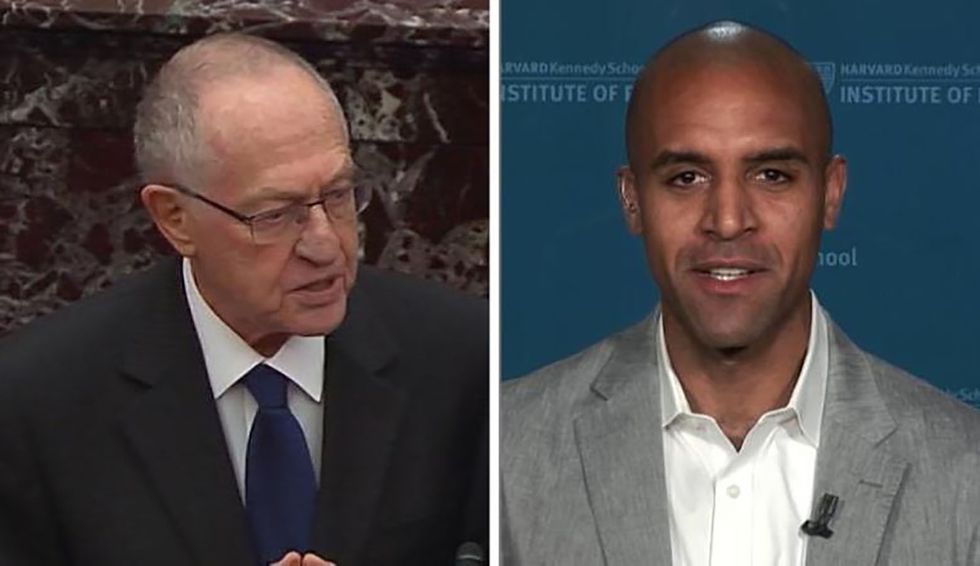 However, CNN on Thursday invited Bowie on the air to ask what he made of Dershowitz’s arguments in favor of acquitting the president — and he quickly labeled them “irresponsible and ludicrous.”

First, Bowie knocked down Dershowitz’s argument that the president cannot be impeached for “abuse of power” because it does not constitute a crime.

“Abuse of power is a crime,” he said. “There are people around the country that have been convicted of it recently. It’s a crime that’s existed since the country was founded and it’s a criminal offense.”