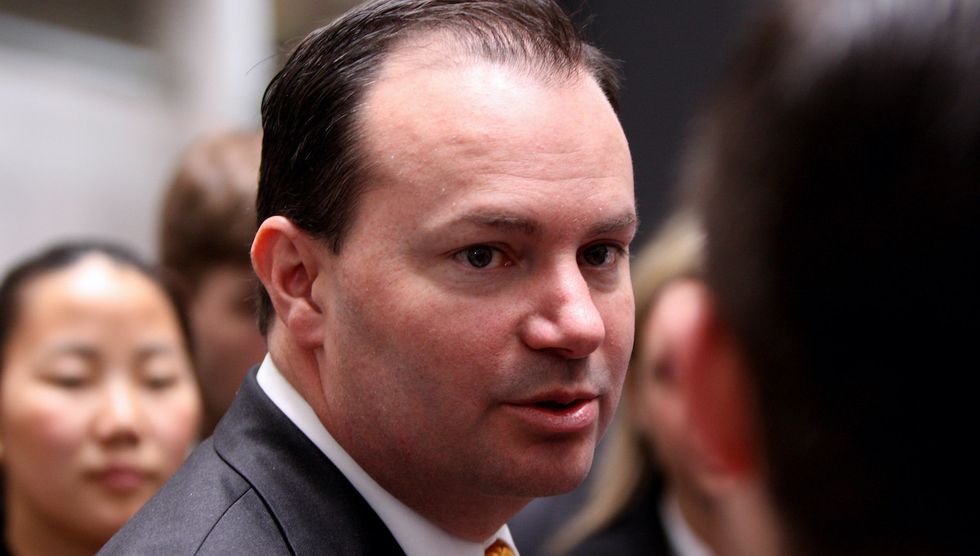 Republican Sen. Mike Lee of Utah is not happy with the Trump administration.

He said it was "the worst briefing I've seen on a military issue in the nine years I've been in the Senate."

"It's un-American, it's unconstitutional," he said, "and it's wrong."

He told reporters that he has decided to support a resolution from Sen. Tim Kaine (D-VA) to "force a debate and vote in Congress to prevent further escalation of hostilities with Iran." Sen. Rand Paul, a Republican from Kentucky, also said he will support the resolution.

Lee said that the administration officials wouldn't say if they would come to Congress to ask for permission for other forms of military action. While the Constitution gives Congress the sole authority to declare war, it's also been interpreted to give the president some military powers to respond to threats without Congress's permission. But the scope for such military action had been expanding in recent decades, and many argue that it has gone much too far.

"One of the messages that we received from the briefers was: Do not debate, do not discuss the issue of appropriateness of further military intervention against Iran. And that if you do you'll be emboldening Iran," he said. "I find this insulting and demeaning. Not personally, but to the office that each of the 100 senators in this building happens to hold. I find it insulting and demeaning to the Constitution of the United States."

He also noted: "They had to leave after 75 minutes, while they’re in the process of telling us that we need to be good little boys and girls and run along and not debate this in public. I find that absolutely insane. I think it’s unacceptable."

Democrats, too, have been sharply critical of the administration's decision to carry out the strike and the briefings on the matter.

But many Republicans have defended the president and questioning any dissent.

"Natl Security officials gave a compelling briefing to Senators just now," said Sen. Marco Rubio (R-FL) in a tweet. "They answered every important question. Anyone who walks out & says they aren’t convinced action against #Soleimani was justified is either never going to be convinced or just oppose everything Trump does."

Watch a clip of Lee's comments below: