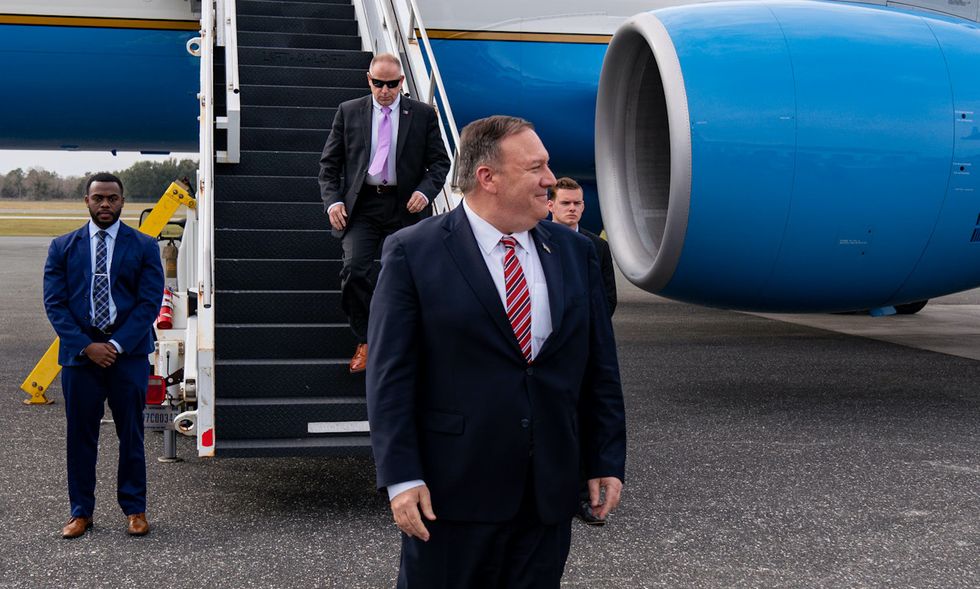 NPR reporter Michele Kelemen has been removed from Secretary of State Mike Pompeo's press pool ahead of his trip abroad this week to Europe and Asia, the State Department Correspondents' Association reported on Monday.

In her role as a pool reporter, Kelemen was to travel with Pompeo and share information as a representative of all radio news outlets, not just NPR. But last week, Pompeo ignited a feud with NPR when host Mary Louise Kelly pressed him on his failure to stand up for State Department officials who got wrapped up in the Ukraine impeachment scandal. Reporters need the department's permission to fly on the plane along with the secretary for foreign trips, though this practice is usually uncontroversial.

The association said in a statement that it "can only conclude that the State Department is retaliating against National Public Radio as a result of this exchange."

It defended Kelemen specifically, saying she is a "consummate professional who has covered the State Department for nearly two decades." Punishing members of the press association is "unacceptable," the statement said. It also noted that around the world, the U.S. State Department promotes and defends journalism.

But when he was put under pressure by Kelly in the recent NPR interview, Pompeo became terse and combative when she raised the issue, and he refused to answer her questions. He suggested, falsely, that she was relying on anonymous sources when she cited internal complaints about the department, even though she referred to public congressional testimony of one of his former top aides.

Kelly said that after the on-air interview, Pompeo became even more aggressive, swearing at her and demanding she find Ukraine on an unmarked map, which she did. When she revealed these details publicly, Pompeo claimed she violated an off-the-record agreement, though he didn't contradict her account. Kelly denied she agreed to go off the record. Pompeo also claimed that Kelly had agreed not to discuss the Ukraine matter with him before the interview, a charge NPR likewise denied. The New York Times reported that it obtained emails between Kelly and the State Department that, in fact, explicitly said she would discuss Ukraine.

The State Department has not yet commented publicly on the matter.