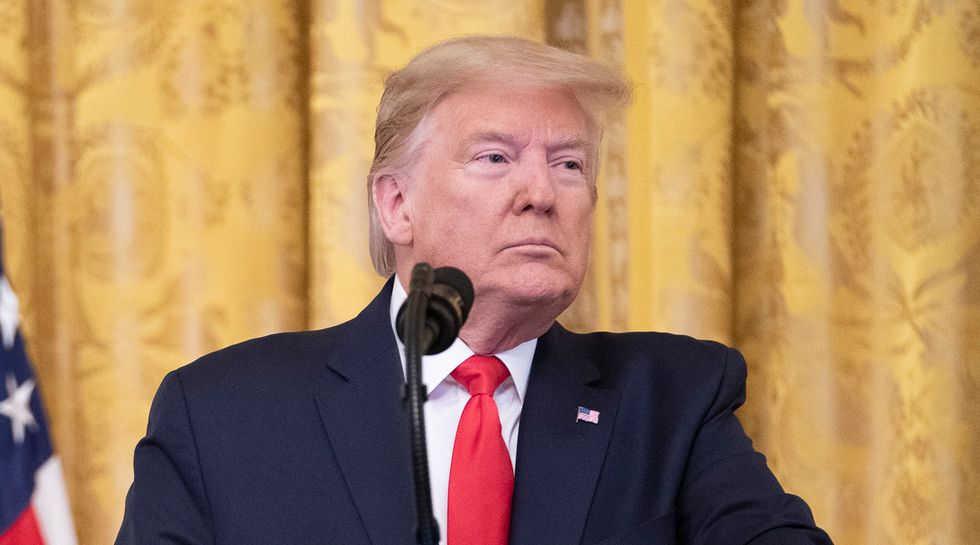 Should former National Security Adviser John Bolton testify in President Donald Trump's Senate impeachment trial? This question has loomed over the entire proceedings, given Bolton's key role in the events in question, but it garnered heightened urgency when a report broke recently in the New York Times revealing that the ex-Trump aide would likely confirm the core of the Democrats' case against the president.

It still seems Republicans may succeed in quashing any demands for witnesses like Bolton. But as Trump and his attorney responded to the release of Bolton bombshell, they actually strengthened the case for having him testify rather than weakening it. Even if the GOP successfully brings the trial to a swift close, their having accidentally strengthened the case for witnesses may hurt the legitimacy of the Senate's proceedings and undermined Trump's inevitable claims of exoneration.

Unsurprisingly, Trump furiously denied the claims about Bolton's book on Twitter shortly after they were published.

"I NEVER told John Bolton that the aid to Ukraine was tied to investigations into Democrats, including the Bidens," he wrote. "In fact, he never complained about this at the time of his very public termination. If John Bolton said this, it was only to sell a book."

As I previously noted though, Trump followed up this tweet with a lie about his hold on aid to Ukraine, fundamentally weakening his credibility in the he-said-he-said dispute with Bolton.

Legally speaking, Trump may have even done more damage. Law professor Barbara McQuade argued in an op-ed for the Washington Post that just by denying Bolton's claims, Trump undermined his efforts to keep the former aide silent.

Presumably, Trump could have claimed executive privilege to try to stop Bolton's testimony. There are many questions about whether such a claim would be valid, especially in the context of impeachment and Bolton's apparent willingness to speak publicly about these matters, but executive privilege is certainly relevant to private conversations the president had with an adviser.

But by tweeting about that conversation, McQuade argued, Trump thwarted any reasonable case for the privilege.

"Trump’s tweets directly denying the substance of Bolton’s reported allegations waive any privilege that might have protected them from public disclosure. Privilege is meant to keep a president’s secrets confidential. If the president reveals those secrets or publicly discusses the conversations himself, there is no longer any need to protect them from disclosure," McQuade wrote. "Now that Trump has accused Bolton of lying about their communications, the time has come to put Bolton under oath and see what he has to say."

Writing for Just Security, Ryan Goodman and Andrew Weissmann argued that an executive privilege claim, if taken to court, could be even worse for Trump. Since the privilege can't be used to cover up a crime, a judge could be put in the position of determining whether Trump broke the law.

"Given the list of federal crimes that leading legal experts conclude applies to the alleged scheme with Ukraine, a federal court finding could be a significant blow to the White House both in the impeachment itself and more generally as it would not be coming from members of the other party," they wrote. "It would also strengthen the hand of prosecutors who may be investigating others, like Mayor Rudolph Giuliani, as co-conspirators in such a scheme."

They concluded: "In short, there’s a legal buzzsaw that would await the White House in asserting a claim of executive privilege as it would open the door to a judge finding that the crime fraud exception applies."

It wasn't just Trump's tweets and potential privilege claims that hurt his case. For example, when Trump's lawyer Jay Sekulow appeared before the Senate on Tuesday, he tried to dismiss the Bolton news as irrelevant.

"You cannot impeach a president on an unsourced allegation," Sekulow said of the reports about Bolton's book. He furthered tried to throw doubt on Bolton's credibility by pointing to people who dispute what he said.

But all of this just makes the case for having Bolton, and others, testify before the Senate under oath. If senators don't like that the report of Bolton's book doesn't have an on-the-record source, it only makes sense to have Bolton himself speak under penalty of perjury. Senators can then be better situated to assess his credibility.

Pat Philbin, another Trump lawyer, also argued that doubts about the president's state of mind make it hard to determine whether he's actually guilty of abuse of power.

"How do we tell under the house manager standard what an illicit motive is when there’s illicit motive?" he asked. "How are we supposed to get proof of what’s inside the president’s head?"

These questions were rhetorical, but they have a clear answer: Look at the evidence that speaks to Trump's motive. There's plenty of that, but if it's insufficient, that's just a stronger case for having Bolton — who apparently can testify to the president's own claims about his state of mind at the time — testify in the Senate trial.