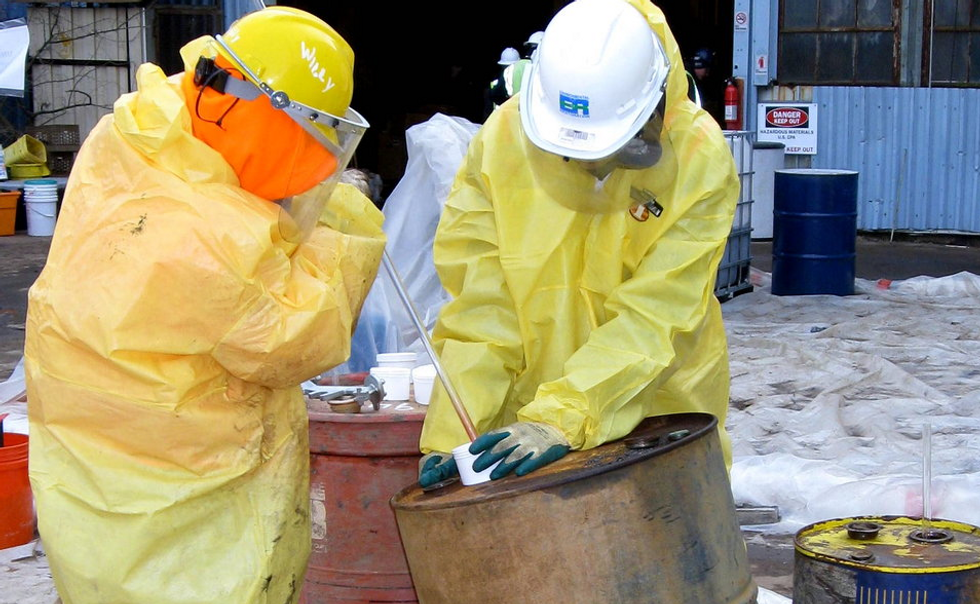 The Environmental Protection Agency (EPA), launched under President Richard Nixon in 1970, has seen nine different U.S. presidents during its 50-year history — and of the nine, Donald Trump will likely go down in history as having the worst environmental record. Trump has aggressively rolled back a long list of Obama-era environmental protections, including protections designed to reduce exposure to carcinogenic chemicals. And journalist Sharon Lerner, this week in an article for The Intercept, outlines some of the reasons why the Trump Administration’s abysmal environmental policies will likely mean higher cancer rates in the United States.

The Integrated Risk Information System (IRIS) described the chemical ethylene oxide as highly carcinogenic in a 2016 report. But, Lerner reports, “the Trump EPA recently announced that it would not be calling for the level of pollution reductions IRIS laid out during the previous administration, leaving people around the country more vulnerable to the known carcinogen. And that’s only one of the changes made under the Trump Administration that promise to weaken protections for Americans’ health, many of which were intended specifically to stave off cancers.”

Under Trump, Lerner notes, the EPA “rejected its own science in deciding not to ban chlorpyrifos, a pesticide linked to autism and other neurodevelopmental problems in children” — and other “EPA rollbacks,” Lerner adds, include “the gutting of the Clean Water Act, the undermining of guidelines on emissions of methane from landfills, the loosening of restrictions on toxic air pollution from industrial facilities, the disbanding of a panel on air pollution.”

Lerner explains, “The erosion of these protections may leave Americans at greater risk of all kinds of health effects, including fertility issues, birth defects and neurodevelopmental problems — all of which have been linked to chemical exposure. But among the most devastating of Trump’s legacies will be an increase in cancers.”

Cancer, Lerner notes, was “the second leading cause of death” when the EPA was founded half a century ago — and it still is.

“Even though cigarette smoking, the leading cause of cancer in the 1970s, has declined sharply, the American cancer rate has actually gone up over the past 40 years,” Lerner reports. “Among children, who are particularly vulnerable to environmental exposures, the cancer rate has risen dramatically, increasing nearly 50% since 1975.”

Chemical companies, Lerner observes, have “spent billions of dollars on lobbying” over the years, while the EPA has “faced the daunting task of regulating industries that are far better resourced than the agency.”

The Trump Administration, Lerner notes, is “friendlier to the chemical industry than any other administration in history.”

Daniel Rosenberg, who directs the toxics program for the Natural Resources Defense Council (NRDC), told The Intercept, “There is no daylight between this EPA and what the big chemical companies want. Whatever the term is for government by corporation, that’s what we’ve been living under for three years.”