Here's how existing antitrust law could save our democracy: Robert Reich 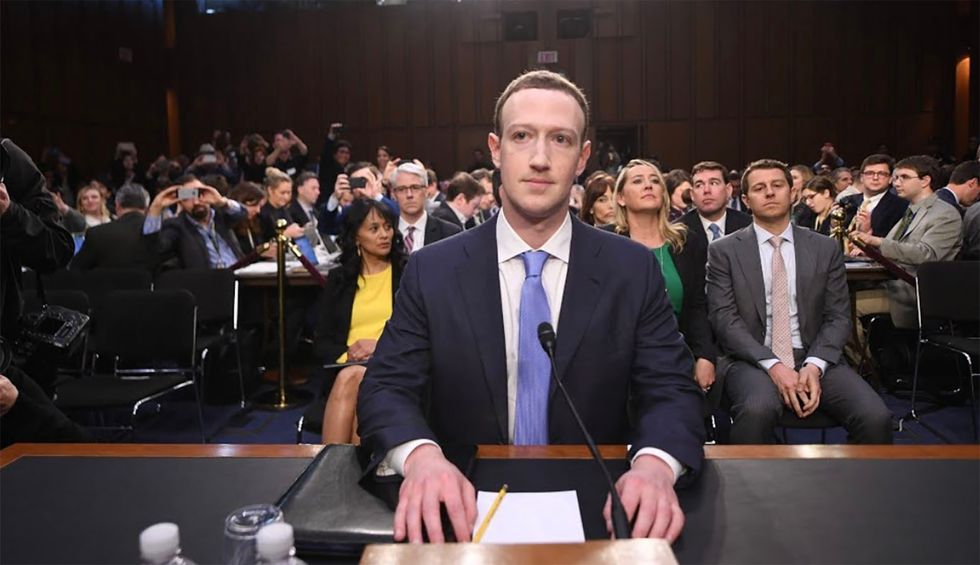 Dorsey has the correct approach, but this entire debate about ads skirts the bigger question: Who’s responsible for protecting democracy from big, dangerous lies?

Donald Trump lies like most people breathe, and his lies have grown more vicious and dangerous as he’s been cornered – conjuring up conspiracies, spewing hate, and saying established facts are lies, and lies are truths.

This would be hard enough for a democracy to handle, but Zuckerberg’s Facebook sends Trump’s unfiltered lies to 43 percent of Americans, for whom Facebook is a source of news. And Dorsey’s Twitter sends them to 67 million Twitter users every day.

A major characteristic of the Internet goes by the fancy term “disintermediation.” Put simply, it means sellers are linked directly to customers with no need for middlemen.

But democracy cannot be disintermediated. We’re not just buyers and sellers. We’re also citizens who need to know what’s happening around us in order to exercise our right to, and responsibility for, self-government.

If a president and his enablers are peddling vicious and dangerous lies, we need reliable intermediaries that help us see that they’re lies.

Intermediating between the powerful and the people was once the job of publishers and journalists – hence the term “media.”

This role was understood to be so critical to democracy that the Constitution enshrined it in the First Amendment’s guarantee of freedom of the press.

With that freedom came a public responsibility to be a bulwark against powerful lies.

The media haven’t always lived up to that responsibility. We had yellow journalism in the nineteenth century, and today endure shock radio, the National Enquirer, and Fox News.

But most publishers and journalists have recognized that duty. Think of the Pentagon Papers, the Watergate investigation, and, more recently, the exposure of Trump’s withholding $400 million in security aid to Ukraine until it investigated Trump’s major political rival, Joe Biden.

Zuckerberg and Dorsey insist they are not publishers or journalists. They say Facebook and Twitter are just “platforms” that convey everything and anything – facts, lies, conspiracies, vendettas – with none of the public responsibilities that come with being part of the press.

That is rubbish. They can’t be the major carriers of the news on which most Americans rely while taking no responsibility for its content.

The problem is we have an American president who will say anything to preserve his power, and we’ve got two giant entities that spread his lies uncritically, like global-sized bullhorns.

We can’t do anything about Trump for now. But we can and should take action against the power of these two enablers.

If they are unwilling to protect the public against powerful lies, they shouldn’t have so much power to spread them to begin with.

The reason 45 percent of Americans rely on Facebook for news and Trump’s tweets reach 67 million Twitter users is because these platforms are near monopolies – dominating the information marketplace.

Antitrust law was designed to check the power of giant commercial entities. Its purpose wasn’t just to hold down consumer prices but also to protect democracy.

Antitrust should be used against Facebook and Twitter. They should be broken up. So instead of two mammoth megaphones trumpeting Trump’s lies, or those of any similarly truth-challenged successor to Trump, the public will have more diverse sources of information, some of which will expose the lies.

A diverse information marketplace is no guarantee against tyranny, of course. But the system we now have – featuring a president who lies through his teeth and two giant uncritical conveyors of those lies – invites tyranny.